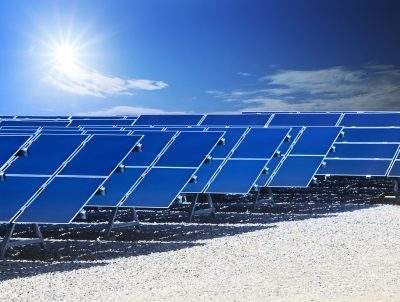 The commencement of the project is a significant milestone for Neoen, as it means the company owns and operates or is building 1 GW of assets in Australia.

Located on the Goulburn Valley Highway in northwest Victoria, the 128 MW renewable energy project is supported by a 38 MW Green Certificate Purchase agreement by the Victorian Government and a 15-year power purchase agreement with GFG Alliance’s SIMEC ZEN Energy, signed in presence of French President Emmanuel Macron during his visit in Australia in May.

Downer EDI has been awarded the engineering, procurement and construction (EPC) contract for the power plant.

Full construction will commence this week, with the first panels to be installed in October 2018 and commercial operations slated to begin in May 2019. At the peak of construction, the solar farm is expected to create up to 300 new jobs for the Numurkah region.

Once completed, the solar farm will generate over 255 GWh of emission-free, clean, competitive renewable energy per annum.

Neoen Australia managing director Franck Woitiez said the successful financial close of Numurkah is one of the most significant milestones for the company’s operations locally.

Woitiez said: “Numurkah is an important project for Neoen, firstly because it marks the achievement of our first Gigawatt of projects in Australia, either under construction or in operation. Secondly, because the Victorian Government and Zen energy are long-term partners for Neoen and this project proves that collectively, we are moving towards our aim of delivering sustainable, reliable and competitive energy to all Australians.”

Through its repeated support and innovative approach to renewable energy, the Victorian Government has enabled this project which will deliver even more benefits to the state of Victoria.

“We’ve backed the Numurkah solar farm every step of the way to drive down energy prices, create jobs and reduce emissions.”