Can the Middle East be a leader in the global energy transition? 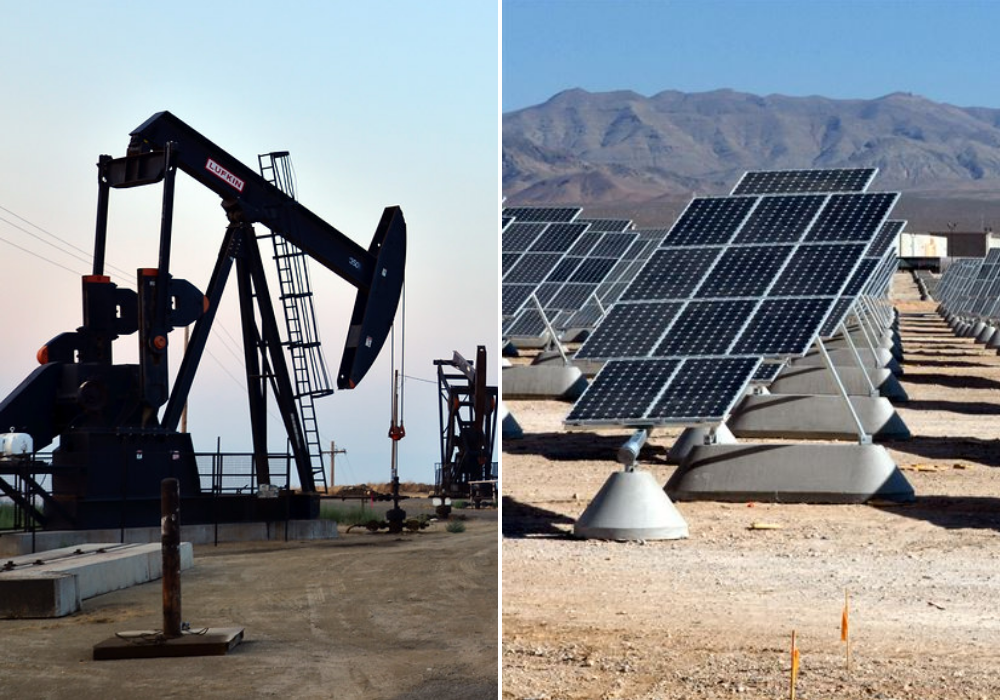 The Middle East has long been associated with high-polluting fossil fuels — but it is now looking to become a global leader in the energy transition towards zero-carbon sources.

The region, which has been reliant on its rich oil and gas reserves for several decades, has been increasing its stake in renewables over the past few years in an attempt to limit the impacts of climate change.

Clean energy company Masdar, a subsidiary of the Abu Dhabi government’s investment firm Mubadala, has played a major role in scaling-up wind and solar in the area since it was established in 2006.

But if the Middle East is to become a global leader in the transformation, there are still many obstacles it must overcome.

Speaking at the IP Week conference in London last week, Dr Bassam Fattouh, director of the Oxford Institute for Energy Studies research centre, said the transition involved two key components — reducing carbon emissions and the fact it is being led by policies.

“Because it is being delivered by policy, there is a large element of uncertainty and unintended consequences,” added Dr Fattouh.

“At the same time, what we’re seeing is that shifts in behaviours elsewhere are much faster than in the Gulf.

“So we’re likely to see shifts in perceptions. The way financers are acting under consumers is really shifting much faster than what can really be achieved on the ground.”

Dr Fattouh said that is why national oil companies in the Middle East have the challenge of how to transition in an environment where there is uncertainty around speed, which is unlikely to be the case elsewhere in the world.

Middle East countries moving quickly away from oil is a ‘myth’

Although he argues that the companies will continue to play a “key role” in the diversification process, Dr Fattouh believes the argument that the countries are going to move away from oil quickly is a “myth”.

“At the end of the day, the competitive advantage of the countries really remains in their reserves,” he added.

“If you look at the GDP in countries like the UAE, Saudi Arabia and Kuwait, they have really diversified a lot.”

But Dr Fattouh said the challenge those nations have is the diversification of their income, which is why the national oil companies “continue to play a key role”.

He believes the money that is coming in from those firms is needed to “ease the transition for the private sector”.

Also speaking at the IP Week conference, Chris Midgley, global director of analytics at energy analysts S&P Global Platts, said the Middle East can be a leader in the lowest carbon-intensive fossil fuels as part of its energy transition — but he believes it must “get off the conversation of wind and solar”.

“The Middle East can be a leader in the lowest carbon-intensive fossil fuel because we are going to need fossil fuels whether we like it or not,” he added.

Midgley questioned why the region is using fossil fuels for desalination — a high-energy consuming process used to take away mineral components from saline water.

“Why is it not using renewables and integrating them?” he asked.

“You have the best form of storage or energy storage in just desalination — it’s just a big battery if you think of it that way.

“That’s what leading and thinking from a different perspective is about.”

Not worth the Middle East trying to be a leader in solar or wind, says analyst

Midgley said it is not worth trying to be a leader in solar or wind when you have economies, such as China, that already have more than 700 gigawatts (GW) of installed renewable capacity, compared to the Middle East which has less than 300GW.

He believes the region should be “looking at smarter ways” of how to integrate the technology.

“They should think about how they feel about a hydrogen economy as a way of moving forward, how they use their gas to use SMR, use the CO2 to create enhanced oil recovery and the hydrogen to turn your economy into a hydrogen fuel cell economy.”

“There are so many different ways and I think we have got to get off this conversation of renewables and wind and solar.

“It is great stuff they are doing there, but there are so many other ways they can lead and trying to follow in the footsteps of China, I don’t think is a winning strategy.”

Subsidies cuts as part of the Middle East’s energy transition

There has been much debate around whether eliminating subsidies for consumers in the Middle East on power, water and fuels will help with the energy transition.

At the conference, Dr Noura Mansouri, chairwoman of climate change and environment at Think 20 Saudi Arabia, a G20 engagement group, said Saudi Arabia has removed some subsidies, but that they are part of the national security in a lot of Gulf countries.

She said that it is starting to change now, though, as they look more towards sustainability.

“The National Account is there to absorb the shocks of the prices — it’s working so far but it’s a painful transition,” added Dr Mansouri.

“The National Citizen Account is there to compensate for the price, especially for low-income families, so I think it’s worthy and there will be even more waves to come.

“This whole transition towards sustainability is reflected across all sectors and affects everyone — hopefully, it will not affect the economic development overall.”

As part of the Saudi Vision 2030, making a portion of state-run oil company Saudi Aramco public has long been a cornerstone of the Crown Prince Mohammad bin Salman’s plan to generate capital with which to modernise the kingdom and reduce its dependence on crude oil exports.

Dr Mansouri believes that by 2030, the subsidy cuts will be achieved because there is “a lot to be achieved” by that target date.

She talked about how the kingdom plans to build the Neom megacity that will run 100% on renewable energy, and it has discovered the largest shale gas field outside the US — which Dr Mansouri claims will “completely transform the energy sector”.

“Right now, crude oil is being burned for the power sector and that may not be the case in as little as a couple of years from now — and the scale-up of renewables is taking place, so I think this grand transformation will be somewhat complete by 2030,” she asserted.

Although the Abu Dhabi government set a target of reaching a 7% stake in renewables by 2020 in 2006, Masdar CEO Mohamed Jameel Al Ramahi told the conference that renewables in the area currently make up more than 10% of the energy mix.

He believes renewable energy is “here to stay” and added that it will “play a crucial role in the energy mix of the future”.

Al Ramahi claims almost one-third of the Middle East and North Africa region’s power generation will come from renewable energy sources and affirmed the UAE “will make its 50% target” by 2050.

The region is undoubtedly making efforts to move towards cleaner technologies and reduce its fossil fuel reliance — but only time will tell as to whether it can become a global leader in the energy transition.