The wind farm will feature 77 MHI Vestas V164 9.5MW wind turbines, installed on monopiles in a water depth between 16m and 38m 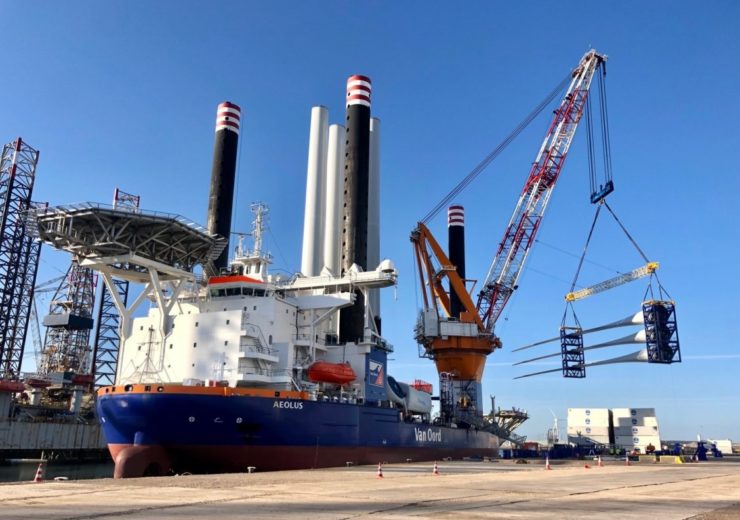 MHI Vestas has installed the first wind turbine at the 731.5MW Borssele III/IV offshore wind farm located in the Netherlands.

The first of the project’s 77 wind turbines was installed by the project team after setting sail from the Port of Vlissingen on the Aeolus offshore installation vessel.

MHI Vestas chief operations officer Flemming Ougaard said: “First turbine installation at Borssele III/IV is a key milestone for the MHI Vestas team, who are working hard to deliver offshore wind projects across Europe in the midst of the Covid-19 challenge.

“Our teams have been working exceptionally diligently to prepare all components of the 77 wind turbines for Borssele III/IV, and we are pleased to have installation of the V164-9.5 WTGs underway.”

The project is expected to be completed this year

Once operational in 2021, the Borssele III/IV project will have capacity to supply renewable power to 825,000 households annually, which is equivalent to 2.3% of total Dutch electricity demand.

The wind farm will feature 77 MHI Vestas V164 9.5MW wind turbines, which will be installed on monopiles in a water depth between 16m and 38m.

Slated to be completed this year, the total estimated power generated by the wind project will be 3,000GWh annually.

Blauwwind project director Roeland Borsboom said: “After completion of the foundations in April, the start of the turbine installation phase marks the next crucial and exciting step in the project.

“Blauwwind and MHI Vestas have been collaborating well on design and fabrication, and we are now focusing on safe offshore works.

“Commissioning of the first string of turbines is expected in the course of the third quarter of 2020. That is when we expect to start production of power for our customers.”