The company carried out installation of a 343-tonne weighing ultra-deepwater structure, among others, for the ultra-deep-water project in the Bay of Bengal 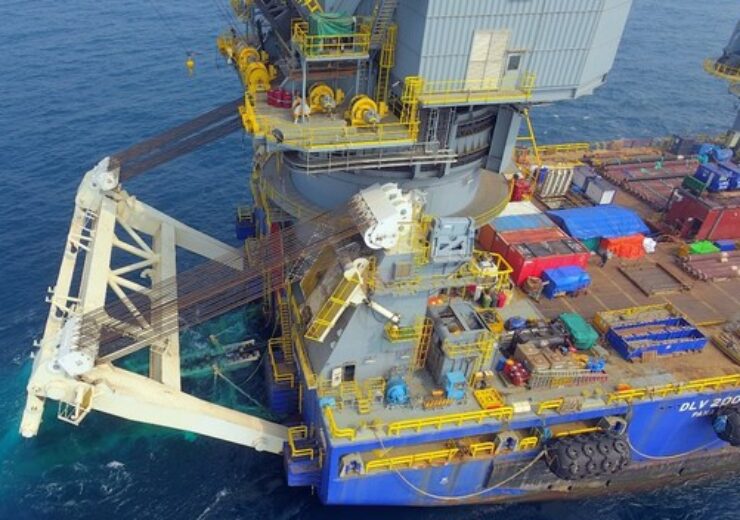 McDermott International has wrapped up the R Cluster field development project for Reliance Industries in the KG-D6 block in the Krishna Godavari Basin, offshore India.

The US-based contractor said that it has achieved pre-commissioning for the ultra-deep-water gas field, which produced its first gas in December 2020.

Located off the coast of Kakinada town, the R Cluster field is contained in water depth of over 2,000m. The project features a subsea production system that is tied back to KG D6 control and riser platform (CRP), nearly 60kms apart, through a subsea pipeline.

“Pre-commissioning and ready for startup was achieved despite difficult circumstances—two severe cyclones during the first campaign and, in the second, navigating the challenging conditions of COVID-19.”

McDermott built yard facility in India for the project

For the R Cluster project, McDermott constructed a yard facility in India, which was used for the fabrication of risers, jumpers, and marine logistics support.

The project was made up of two offshore campaigns.

The first campaign also included the installation of a 343-ton weighing ultra-deepwater structure.

McDermott, under the same campaign also installed various six-inch pipelines, pipeline end terminations (PLETs), and manifolds in water depths up to 1,965m. The company also installed what is claimed to be the longest dual riser in India.

It also carried out major brownfield modifications to the KG D6 control and riser platform.

The R Cluster project is estimated to reach plateau gas production of nearly 12.9 million standard cubic meters per day (mmscmd) in the course of this year.

Reliance Industries is partnered by BP in the offshore gas project. The partners are also developing the Satellites Cluster and MJ gas projects in the same offshore block.

The combined investment for the three gas projects is INR350bn ($4.77bn).