The financing from AMP Capital complements the $12.5bn in senior project finance debt raised by the company to date 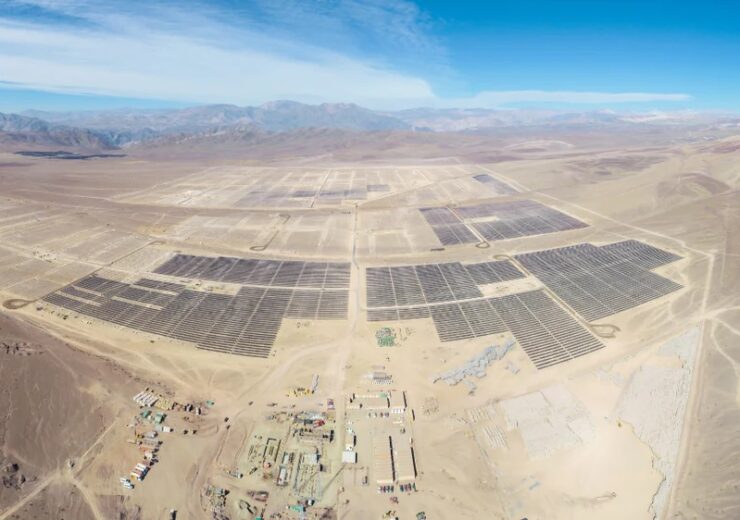 Mainstream will draw the mezzanine funds during the construction of the Andes Renovables platform. (Credit: Mainstream Renewable Power.)

Being developed across the Antofagasta, Atacama, Bio-Bio, and the Los Lagos regions of Chile, Andes Renovables is one of the biggest renewable energy projects under construction in Latin America.

Mainstream stated that the proceeds from the financing will fund a portion of the wind and solar platform.

The $280m financing is structured in three separate tranches where the Condor and Huemul tranches will be drawn at the closing and the Copihue tranche is expected to be drawn once that platform reaches financial close in the second half of next year.

In September, Mainstream secured $620m financing from a consortium of five banks that include IDB Invest, KfW IPEX-Bank, DNB, CaixaBank and MUFG.

The Andes Renovables wind and solar platform is expected cost about $1.8bn

Andes Renovables platform is expected to cost a total of $1.8bn and will include three phase wind and solar platform with seven onshore wind and three solar projects.

The 570MW first phase ‘Condor’ reached financial close last year and nearly 43% of the construction has been completed.

The 630MW second phase Huemul will include three onshore wind and two solar projects. The next and final phase Copihue includes one wind farm with 100MW capacity.

“Mainstream is a world leader in renewable energy and is exactly the type of partner we seek to work with to provide innovative financing solutions. We look forward to helping Mainstream achieve its goal of bringing low cost, sustainable energy to communities globally.”