The gold pour at the Australian gold project included a doré bar weighing roughly 3.9kg of bullion, which will be sent to the Perth Mint for refining 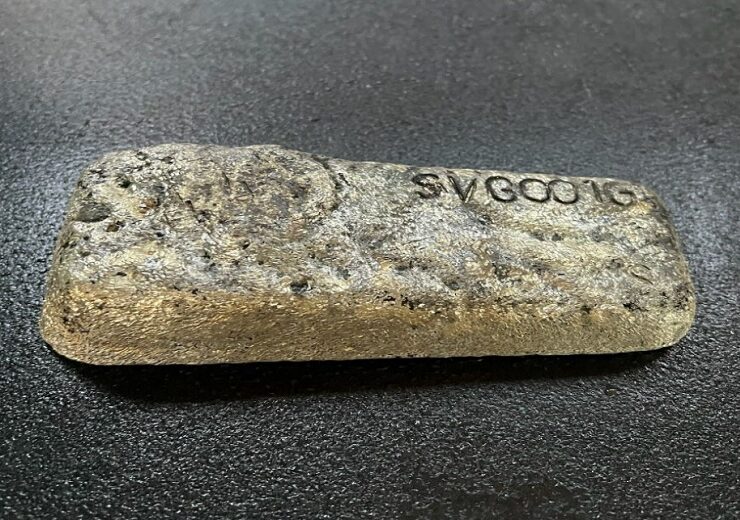 Laneway Resources has achieved the first gold pour at its fully-owned Agate Creek gold mine in Queensland, Australia by processing the ore at the Georgetown gold processing plant.

The ore was mined at the Sherwood deposit within the gold project, located 60km west of Kidston in North Queensland.

According to Laneway Resources, the gold pour included a doré bar weighing roughly 3.9kg of gold bullion. The bullion bar will be sent by the miner to the Perth Mint for refining.

The purity of the gold in the bar will be assessed after the refining, said Laneway Resources.

Laneway Resources managing director Brad Gordon said: “This first gold pour is another significant milestone for Laneway on its journey to becoming a substantial gold producer.

“Following entering into the agreement to acquire the Georgetown Project including the Georgetown Gold Processing Plant earlier this year, Laneway has successfully and rapidly executed on the refurbishment and recommissioning of the plant and the recommencement of mining at Agate Creek.

“The strong cashflows that can now be generated will establish a solid base for unlocking the considerable value in our project portfolio.”

The company said that it fed the first ore from the Agate Creek gold mine into the milling circuit in late August. After the start of ore processing last week, Laneway Resources is said to have crushed, milled and processing 740 tonnes of ore.

Currently, the processing rates are around 18 tonnes per hour for the day shift. Later this month, a second shift is expected to begin to enable 24-hour processing with throughput rates estimated to average between 20 tonnes per hour (tph) and 22tph.

Laneway Resources revealed plans for additional drilling programmes at the Agate Creek gold mine. As part of this, the miner will target additional potential high-grade zones, which include possible extensions of the zones that are presently being mined.

The miner is also considering to take up further exploration on the Georgetown project tenements.