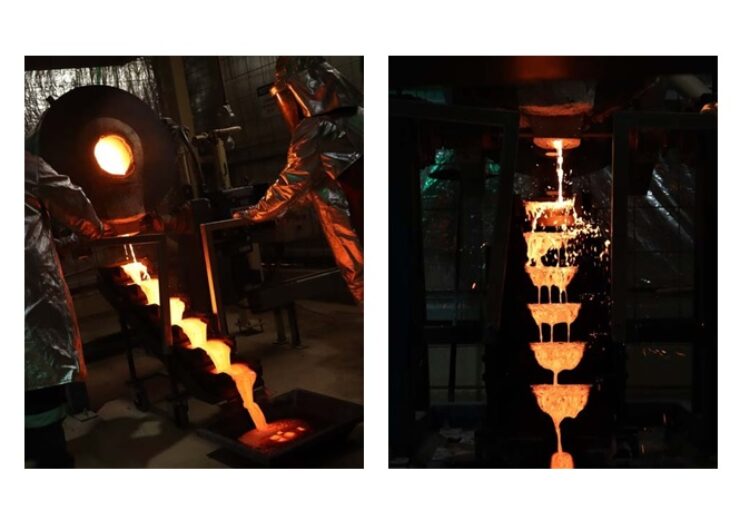 KOTH is a 2.4Moz gold project, located 80km south of the company’s Darlot gold mine and 28km north of the town of Leonora in the Eastern Goldfields region of WA.

Red 5 said that the gold pour follows the recent commissioning of the gravity and elution circuits, and the first smelt delivered two gold bars weighing 1,588 ounces.

The gyratory crushing circuit is being run on a combination of oxide and fresh material for more than 40 days and has achieved throughput rates exceeding 1,600 tonnes per hour.

The grinding circuit and wet plant continue are being ramped up, with the SAG mill currently reaching a throughput of over 600 tonnes per hour under moderate conditions, said the company.

KOTH processing team will focus on increasing the mill production rate and completing outstanding punch list items with the EPC contractor, in the coming weeks.

The team is well-positioned to push the KOTH processing plant to full capacity, with more than 800,000 tonnes, or around two months of feedstock currently on the ROM pad, said the company.

Red 5 managing director Mark Williams said: “It marks the beginning of a new era for Red 5, with the new 4.7Mtpa King of the Hills processing plant set to become a highly efficient production hub.

“There are promising signs regarding future throughput potential and with two months of feedstocks ready for processing and mining now well established, we have a strong platform to build upon.

“I would also like to take this opportunity to thank everyone who has assisted us in getting to first gold within the scheduled timeframe, amid the backdrop of a very challenging environment.”

In March last year, Red 5 secured approval of the mining permit for its KOTH project, from Western Australia’s Department of Mines, Industry Regulation and Safety (DMIRS).