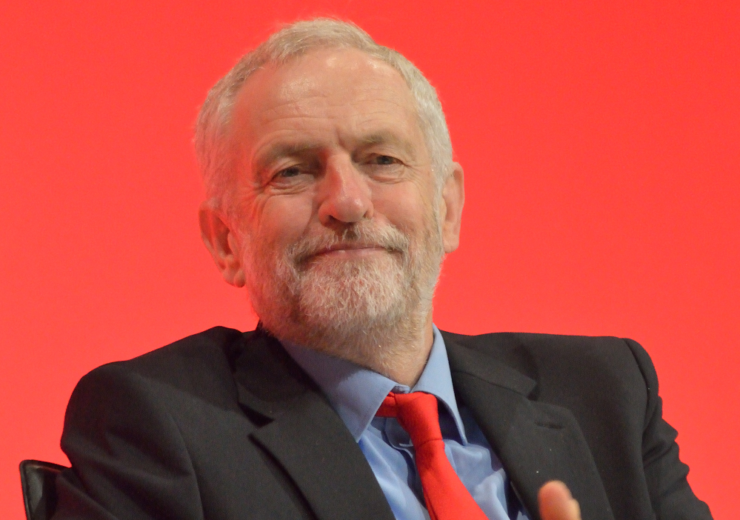 The UK Labour Party has vowed to hit oil and gas companies with a “windfall tax” that could reach up to £11bn ($14.2bn).

This would form part of a “just transition tax” designed to finance a “green transformation” of the UK economy, should Labour win power in the 12 December General Election.

The one-off levy forms part of a wider policy response to climate change issues, in which Labour says it will spark a “green industrial revolution” and create up to a million new jobs.

Launching his party’s manifesto today, Labour leader Jeremy Corbyn said: “We can no longer deny the climate emergency we can see it all around us. We have no time to waste.

“The crisis demands swift action, but it isn’t right to load the costs of the climate emergency onto the nurse, the builder or the energy worker.

“A Labour government will ensure the big oil and gas corporations that profit from heating up our planet will shoulder the burden and pay their fair share.

“North Sea oil and gas workers have powered this country for decades, often working under dangerous conditions. We won’t hang them out to dry.

“This fund will safeguard a future for their skills and communities with new careers and secure, well-paid jobs.

“The scale of climate breakdown is huge. Our response must be on a scale to match.

“I accept the hostility of the big polluters because we will make sure they pay their fair share of the costs of their destruction, create a million climate jobs and build the healthy, green economy of the future.”

Labour is targeting oil and gas firms it believes have paid less than their fair share of taxation compared to peers in other countries — such as Norway and the Netherlands — who are extracting from the North Sea region.

Labour’s plan is a headline announcement from its manifesto launch, and while the party claims all policies are fully-costed, the precise workings of the levy have yet to be revealed.

The policy is unlikely to generate much goodwill from those within an oil and gas industry that is already feeling the mounting pressure of opinion against fossil fuels, and the demand to transition to cleaner methods of generating energy.

Spokesman for trade association Oil and Gas UK Gareth Wynn said: “Any increase in tax rates will drive investors away and damage the long-term competitiveness of the UK’s offshore oil and gas industry, threatening jobs and future tax revenues and needlessly damaging the UK economy.

“Our industry is already in action to play its part in helping the UK achieve its net zero emissions target, and is doing so alongside minimising our reliance on imported oil and gas.”

Environmental campaign groups have welcomed the pledges, with Labour’s intentions to address climate concerns expected to play an important role in election campaigning.

“However, Labour’s manifesto still stops short of getting full marks at this stage. Its policy for tackling exploding aviation emissions is not fit for purpose, and the commitments on plastic pollution and waste don’t go far enough.”

Lauren Townsend, a spokesperson for grassroots campaign group Labour for a Green New Deal, which lobbies the party on climate-awareness issues, added: “This is quite simply the most ambitious programme of climate action ever seen in this country.

“What’s more, it will be the big polluters which pay for all this, not working people.”