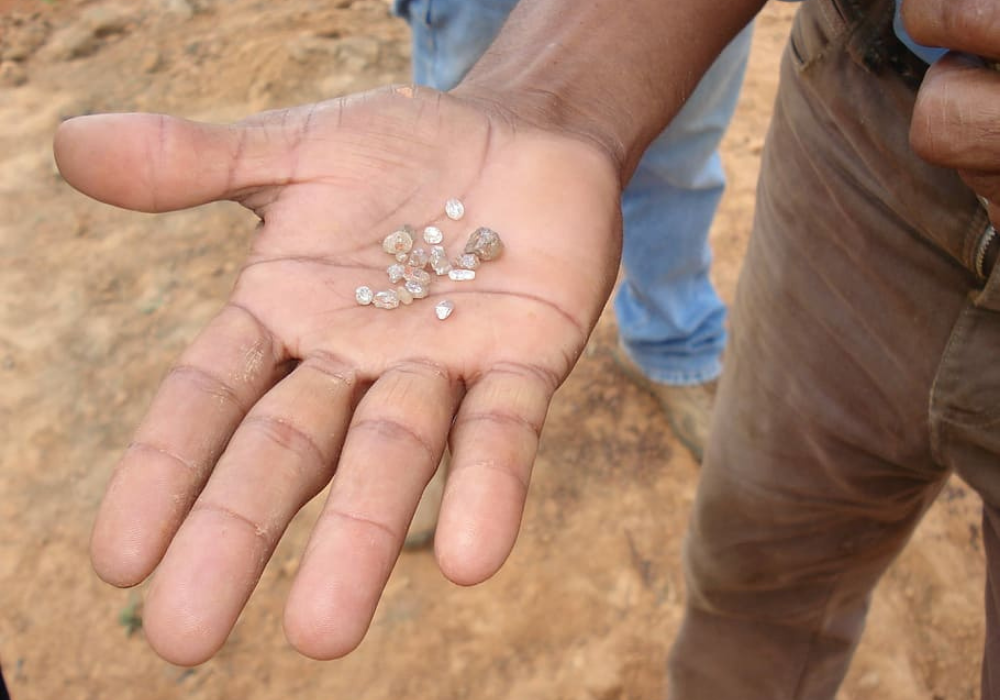 Human Rights Watch has tracked 15 jewellers in their efforts to prevent and address human rights abuses and environmental harm in the regions where they source their gold and diamonds (Credit: pxfuel.com)

Jewellery companies have been urged to do more to fight human rights abuses in mining supply chains.

While a report by Human Rights Watch highlights that major jewellers are improving their sourcing of gold and diamonds, it added that most cannot assure consumers that their jewellery is “untainted by human rights abuses”.

The advocacy group’s analysis arrives with the holiday season just around the corner, where many consumers will be buying jewellery as gifts for their loved ones.

Since Human Rights Watch first reported mining supply chain issues in 2018, it has tracked 15 jewellers in their efforts to prevent and address human rights abuses and environmental harm in the regions where they source their gold and diamonds.

Juliane Kippenberg, associate child rights director at Human Rights Watch, said: “Many jewellery companies have made progress in sourcing their gold and diamonds responsibly, but consumers still don’t have adequate assurances that their jewellery comes free of human rights abuses.

“The Covid-19 pandemic demands even more vigilance from jewellery companies to identify and respond to human rights abuses.”

Human Rights Watch also assessed the impact of the coronavirus pandemic on mining and jewellery sectors.

It said mining workers, their families, and communities have been “stripped of income” where mining has stalled due to lockdowns imposed across various countries.

Where industrial mining has continued, mine workers operate close together in closed spaces and sometimes live together in hostels, putting them at greater risk.

In some small-scale mining areas, the advocacy group said child labour has “risen”, while illegal mining and trading have “increased”.

It has conducted extensive research in numerous countries where abusive practices “taint the supply chain”.

In Venezuela, the report notes that armed groups known as “syndicates” control illegal gold mines and have committed “horrific abuses” against residents and miners, including punitive amputations and torture.

While in Zimbabwe, it added that the state-owned Zimbabwe Consolidated Diamond Company has employed private security officers who have “mistreated residents accused of mining diamonds, including setting dogs on them”.

The advocacy group believes jewellery and watch companies have a responsibility to conduct human rights and environmental due diligence to ensure that they “do not cause or contribute to rights abuses in their supply chains”, in line with the UN’s Guiding Principles on Business and Human Rights.

Due diligence refers to a company’s process to identify, prevent, address, and remediate human rights and environmental impacts in their supply chains.

The 15 companies assessed collectively generate more than $40bn in annual revenue, which is about 15% of global jewellery sales.

But it said Christ, Harry Winston, Kalyan, Mikimoto, Rolex, and TBZ did not reply to “several requests” made by Human Rights Watch.

Meanwhile, the advocacy group highlights that 11 of the companies assessed have taken “some steps” to improve their human rights due diligence since the publication of its 2018 report.

Additionally, 10 of the companies now disclose publicly more information on their due diligence to ensure respect for human rights.

But the analysis said the majority “do not identify the mines of origin” for their gold or diamonds, nor do they “assess and address conditions” at these mines or elsewhere in the supply chain.

Most companies also do not report in detail on their due diligence efforts, according to Human Rights Watch.

Four companies – Kalyan, Mikomoto, Rolex, and TBZ – make public “little to no information” on their sourcing policies or practices.

The report claims that such “lack of transparency runs counter to international norms” on responsible sourcing and means that consumers, affected communities, and the wider public are “left in the dark about potential abuses”.

It found that none of the 15 could be ranked “excellent” but ranked two – Tiffany & Co. and Pandora – “strong” for taking significant steps toward responsible sourcing.

Three firms – Bulgari, Signet, and Cartier – were ranked as “moderate”, with Boodles, Chopard, and Harry Winston rated as “fair”.

Chow Tai Fook, Christ, and Tanishq were ranked as “weak,” and four companies – Kalyan, Mikimoto, Rolex, and TBZ – could not be ranked for lack of disclosure of their sourcing practices. Pandora, Boodles, Chopard, Harry Winston, and Tanishq were all ranked higher in 2020 than in 2018.

It added that several initiatives are underway to use technology – such as blockchain and laser technology – to ensure “full traceability” of diamonds and other minerals.

But the report notes that most existing certification initiatives “still lack rigour and transparency”.

It added that many still do not require full traceability, transparency, or robust on-the-ground human rights assessments from their members, while third-party audits of jewellery supply chains are “often conducted remotely, and results are not publicly available”.

Kippenberg said: “Despite the progress, most jewellery companies can do much more to address human rights in their supply chains and share that information with the public.