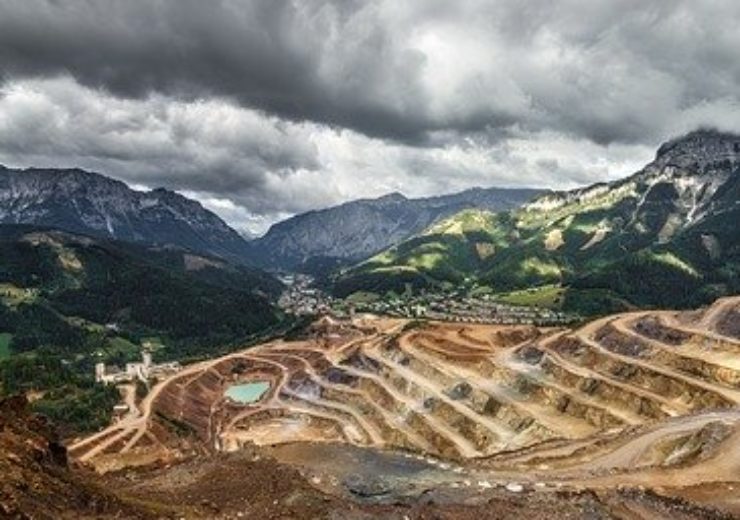 Around 147 million carats were mined in 2018, with a worldwide market value estimated at $76bn, according to data analyst Statista (Credit: Free-Photos/Pixabay)

Although the world’s first diamond deposits are believed to have formed 900 million years ago, the first stones were found in India in the fourth century BC.

Despite being best known for use in jewellery — such as rings and necklaces — because of their durability and luster, 80% of mined diamonds are used for research and industrial applications. Because they’re the hardest material on Earth, diamonds are often used to cut, grind, or drill other tough materials.

Around 147 million carats were mined in 2018, with a worldwide market value estimated at $76bn, according to data analyst Statista.

Home to arguably the richest and largest diamond resources in the world, Russia tops the list with more than 12 open-pit mines. With mining starting in 1947, Russia now tops the world’s diamond production hierarchy. It is also the world’s largest exporter of rough diamonds by volume. The country’s major miner is a group of companies called ALROSA, which produces the majority of Russia’s diamond output.

Russia mined 38 to 39 million carats in 2014 (out of which ALROSA mined 36.2 million carats), while 2018 saw this increase to 43 million carats. Most of the country’s mining deposits and activities occur in the Siberian region of Yakutia.

Latest assessments indicate Russia’s diamond resources to be 973 million carats out of which the known reserves are 608 million carats.

Recently, a double-diamond (a diamond within a diamond, aptly nicknamed Matryoshka, like the Russian doll within a doll) was discovered by miners at ALROSA’s Yakutia site, at the Nyurba division. This double diamond, estimated to be 800 million years old, was claimed to be the first of its kind.

Africa’s top diamond producer, Botswana sits second in this global list. Since the 1870s, most gem-quality stones have been mined in Africa and, in 2017, the value of diamond exports from African countries in the global market was valued at $9.65bn.

Diamond exploration started in Botswana in the 1950s, with mining officially launching in 1971. Some of the world’s highest-yielding mines were unearthed in Botswana by the mid-1980s. The African country’s diamonds are generally larger than those mined in Russia and boast a better quality. They also constitute about 25% of Botswana’s GDP and 60% of its exports.

In terms of value, Botswana leads the list of the world’s top diamond-producing countries, despite being the second by volume. In 2013 alone, 23.2 million carats worth $3.63 billion were mined in Botswana. The Karowe Diamond Mine, owned by Canada’s Lucara Diamond Corp, recently produced the world’s second-biggest gem at 1,758 carats.

Botswana houses seven top-class mines, out of which Orapa and Jwaneng,  are the world’s two most productive diamond mines. Jwaneng alone produces an average of 10 million carats per annum.

The Democratic Republic of Congo (DRC) comes third in the line of diamond mining countries by volume, although the informal sector (and not mining companies) is responsible for most of its production. It is estimated that about 700,000 artisanal miners belonging to this sector operate the country’s mines in search of the precious stone. The joint venture between the DRC government and Belgian company Sibeka, Miniere de Bakwange (MIBA), is the only commercial diamond mining company in the country. MIBA produced about nine million carats in 2000. Approximately one-third of DRC’s diamonds are marketed by De Beers, which has a 20% stake in Sibeka.

Although production has declined in recent years due to constant political turmoil, DRC holds the potential for more diamond production. Until now, mining has taken place only on a small scale with just a small area being explored. DRC’s 2018 tally of diamonds mined was assessed to be nearly 16.4 million carats, worth about $136.1 million. This figure increased to about 19 million carats in 2019.

Fourth in the world when it comes to diamond production, Australia began to mine the stones commercially from 1981.

Since 1983, Australia’s largest diamond mine, Argyle, an open-pit mine, has been producing a steady stream of natural coloured diamonds at the rate of more than 12 million carats per year. Located in the East Kimberley region of Western Australia, the Rio Tinto-owned Argyle’s diamonds made up the initial source of the country’s up-and-coming diamond industry. However, only about 5% of its production is gem-quality output. In 2013, Rio Tinto transformed Argyle into an underground mine to extend its life up to 2020, at least.

There are two other mines in Australia: The now shut down Kimberley Diamonds-owned Ellendale, and the Merlin Diamonds Ltd’s Merlin mine (both in the Northern Territory). The former, which produced yellow diamonds, is waiting for a new operator to restart it. The latter produces high-value, high-clarity white diamonds and it was here, in 2003, that Australia’s largest diamond weighing 104.73 carats was discovered.

With the depletion of deposits and few discoveries, diamond production Down Under has seen a sharp fall. The present output of 14.2 million carats is expected to fall to 134.7 thousand carats by 2021.

Mining in Canada began in 1998, after evidence of diamond-bearing kimberlite pipes was found in the Northwest Territories in 1991. Ekati, owned by Dominion Diamonds, was the first operational mine in Canada. This paved the way for more mines, which soon made Canada the world’s fifth-biggest diamond mining country. The country’s other three active mines are Diavik (owned by a Rio Tinto Subsidiary), Snap Lake and Victor. The latter two are De Beers-operated mines.

Apart from these four, other mines are in various stages of development, such as the Renard-owned Stornoway Diamonds and GahchoKué of De Beers.

Difficult mining conditions due to frigid and remote locations, or the ores petering out, have seen some of Canada’s mines being shut down.

Canadian diamonds are more popular with buyers because they are not classed “blood diamonds”, like their African counterparts where environmental protection regulations and worker interests are often severely compromised.