Kepco to be probed over fatal accident 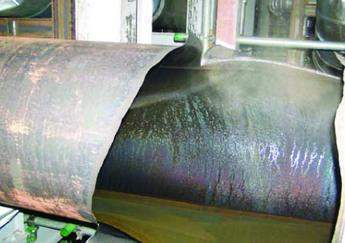 Following the accident at Kansai Electric Power Company’s Mihama plant, which cost four workers their lives and hospitalised seven more, the company is to be investigated by police on suspicion of negligence.

Police investigators were accompanied by representatives of regional and national authorities as they arrived to inspect the plant on Tuesday 10 August. “Police are investigating the company on suspicion of corporate negligence resulting in death,” said police spokesman Fuminaga Miyamoto.

The Nuclear and Industrial Safety Agency has ordered that 12 plants across the country be checked for similar faults. Subsequently the Fukui provincial government requested Kepco to close down all its nuclear plants systematically to make direct checks of the integrity of similar pipework components. Kepco therefore has begun a programme of pipe inspections at Mihama and their other plants, Ohii and Takahama, which necessitates the ordered shutdown of a further eight units. Certain pipe sections – those downstream of junctions, tap-offs and so on requiring holes to be cut in the pipe – have been identified as requiring detailed examination during the inspections, which were expected to last about two weeks each. The programme is divided into three groups of units to maintain stability of supply.

It has emerged that the plant operator had been warned the pipe was a safety risk – Kepco has admitted that it was told last year that the cooling pipe which burst was a safety threat, but the pipe was not checked again because it was not expected to corrode so quickly. The pipe, which had not been thoroughly checked since 1976, is a carbon steel condensate pipe in the secondary circuit of Mihama’s third PWR unit. It suffered a 50 cm rupture on 9 August, blasting eleven workers with boiling water and steam at about 150ºC.

The victims, from the Osaka-based Kiuchi Keisoku technical measurement firm, were in an office on the second floor of the turbine building preparing for an inspection scheduled for 14 August. One of the injured is in a critical condition with 80% burns.

It has emerged that the room filled with steam so quickly that only workers who were standing up at the time of the rupture had a chance of escape. There was no radiological release and the 826 MWe unit underwent a successful emergency shutdown.

The failed section was of a smaller diameter than most of the pipe, raising the possibility of turbulent flow within, and therefore an increased rate of erosion. Although the pipe was listed in maintenance guidelines as a ‘main inspection’ part it was not registered on the plant’s maintenance system and had not been ultrasonically tested for thickness since installation in 1976. This problem had been pointed out to Kepco by a subcontractor in April last year but, because similar parts at other plants had not worn thin, no action was taken ahead of the scheduled inspection. However, the rate of erosion was greater than Kepco’s engineers had estimated and the pipe had been reduced from its initial thickness of 10 mm to an ultimately catastrophic 1.4 mm. The regulatory minimum is 4.7 mm.

A local government task force official asked Kepco executives why parts listed as main inspection parts were not subject to regular examinations. The response from Kepco vice president Tetsuji Kishida was: “We just forgot them. From the beginning, they were not designated as such.”

Quality control manager Koji Ebisuzaki reportedly said: “We are responsible” 9for slack management of plant inspection data), while Prime Minister Junichiro Koizumi promised a thorough probe. Hiroshi Matsumura, managing director of Kepco, appeared on television to apologise. Kepco president Yosaku Fuji threw himself on the floor at the feet of bereaved relatives. “I will do everything I can to avoid this kind of accident happening again. I don’t know how to apologise to you” he said.

Trade minister Shoichi Nakagawa said: “We must not undermine trust in nuclear energy policy” before announcing that he would visit Mihama, 350 km west of Tokyo on the Sea of Japan, to supervise investigations. But public support of nuclear power in Japan has already been substantially undermined by a series of releases, fatal incidents and in 2002 the falsification of inspection data by Tokyo Electric Power Company which resulted in the shutdown of the company’s entire fleet.