The continent of Africa is home to some of the world's top diamond producing nations, with most of the gem-quality stones mined here since the 1870s 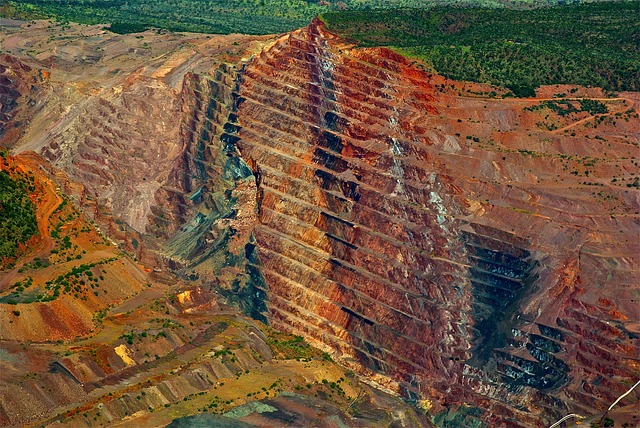 Arguably, the toughest substance known to man, diamond crystals are typically found in countries such as Canada and Russia in the northern band, Botswana, Namibia, South Africa and Australia in the southern, with Sierra Leone, the Ivory Coast, Venezuela and Brazil in the central zone.

The continent of Africa is home to some of the top diamond producing nations with most of the world’s gem-quality diamonds mined there since the 1870s.

In 2017, diamond exports from African countries were valued at $9.65bn in the global market. The USA is the world’s top buyer of diamond jewellery, purchasing more than 40% of all stones.

Botswana heads Africa’s list of diamond miners, housing seven well-established mines including Jwaneng, the world’s richest in terms of value, Orapa, the world’s largest by area, along with Karowe and Letlhakane.

The Jwaneng mine is owned by Debswana Diamond Mining Company, a partnership between the Botswana government and De Beers.

Diamonds constitute about a quarter of Botswana’s GDP and account for more than half of its exports. De Beers controls sales of all rough diamonds mined by Debswana through its diamond sorting and selling facility — the largest in the world — in Botswana’s capital Gaborone.

Diamond mining started in Botswana in 1967 after gaining its independence from Britain, and in 2015 the world’s second-largest diamond — larger than a tennis ball and 1758 carats — was discovered in the Karowe Diamond Mine.

The diamond from the Duchess of Sussex Meghan Markle’s engagement ring is reported to have been sourced from Botswana.

About 24 million carats-weight of diamonds were reported to be produced in the country during 2018.

Diamonds were first discovered in Angola in 1912. However, a civil war funded by its diamond deposits lasted more than 25 years — only ending in 2002 and leaving most of the country’s infrastructure seriously damaged.

Owned by Lucapa Diamond Company, the Lulo mine is another important facility in Angola.

In 2018, according to Kimberley Process statistics, the total amount of rough diamonds produced by Angola was 8.4 million carats with its value coming to about $1.2bn.

The country’s diamond production (industrial and semi-industrial) in 2019 increased to 9.149 million carats, with sales of the stone touching $1.3bn.

The Democratic Republic of Congo is the third-largest diamond-producing African country by volume, with most of the stones mined by small-scale artisanal miners, whose number is thought to be between 200,000 and 400,000, according to an estimate by the DRC Chamber of Mines.

The Bakwanga and Forminière Diamond Mine are two of Congo’s major mines. Unfortunately, corruption, political turmoil and genocide have cost Congo its wealth, with the diamonds mined here often called “conflict diamonds” or “blood diamonds”.

Most of the mines are situated deep within rebel lands, where owners often disregard human rights and labour laws.

Despite producing 23.2 million carats in 2016, the country’s diamond exports were valued at just $229m.

Diamond mining in South Africa has been operating for more than 150 years, with the first mine established by Cecil Rhodes in 1888 through his company De Beers — now the world’s biggest diamond miner.

In 1905, the world’s largest diamond, the 3,016.75-carat Cullinan, was discovered in South Africa. The huge stone was cut into nine pieces to decorate the British Crown Jewels, with one crystal adorning the Queen’s crown and the other beautifying her sceptre.

Venetia, Finsch and Kimberley mines are some of the top diamond mines in South Africa. The country’s diamond exports were valued at more than $1.5bn in 2016, with production exceeding 8.3 million carats.

Fifth in this list comes Namibia, fortified by its Orange River Diamond Mines and Alexander Bay Marine Mining, both owned by Namdeb — a partnership between De Beers and the Republic of Namibia.

More than half of Namibia’s foreign exchange is provided by mining, but recently its supplies of diamonds on the land have become scarce, forcing the country to explore offshore mining. Namdeb handles the land-based diamond mines while the offshore ones are managed by Debmarine Namibia. Profit margins have been reduced due to the additional costs of offshore operations.

Value is boosted by 13 diamond cutting and manufacturing factories, owned by Namdeb Holdings, which provide about 15 per cent of diamond production.

In 2016, Namibia produced a total volume of nearly 1.7 million carats of diamonds worth more than $915m.