The companies have secured planning permission as well as an operating licence from Bundesnetzagentur, the German Federal Network Agency 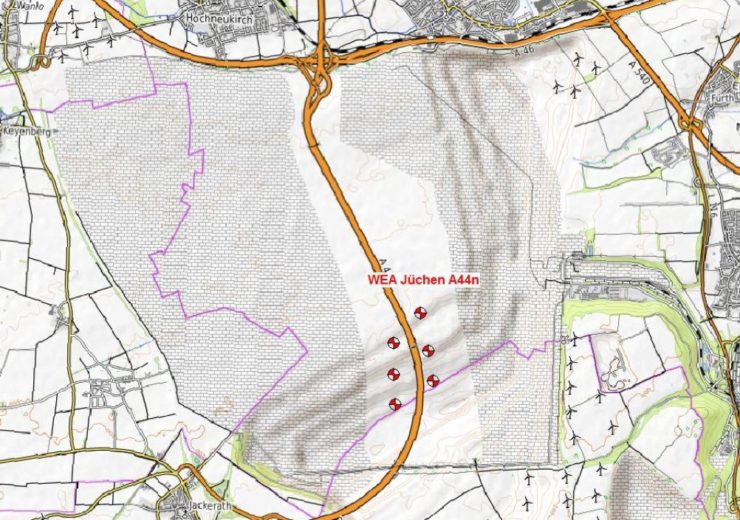 German energy company Innogy and NEW Re, a subsidiary of NEW have secured permits to build a 27MW Jüchen cooperative wind farm in Germany.

The wind project has emerged successful in the latest German auction for onshore wind farms.

The companies have secured planning permission as well as an operating licence from Bundesnetzagentur, the German Federal Network Agency.

Innogy holds the majority share of 51% stake in the wind farm while its regional partner, NEW Re owns 49% stake.

The wind project, which received permission from the Rhein-Kreis Neuss district authority in November last year, will be built inside the town boundaries of Jüchen on 90 hectares of recultivated land that was previously part of the Garzweiler opencast mine.

NEW Re managing director Erik Ix said: “Increasing the share of renewables in overall energy consumption can only be successful if we build more wind farms.

“The planned cooperative wind farm in Jüchen will produce enough energy to supply approximately 26,000 homes with electricity and contribute substantially towards the energy transition at a local level.”

The project will comprise six N149 4.5MW Nordex wind turbines with a hub height of 164 metres and a total height of 238 metres.

In June last year, Innogy commenced construction on the 250MW Scioto Ridge wind farm in Hardin and Logan Counties, Ohio with a total cost of $300m.

Slated to begin operations in the fourth quarter of 2020, the wind farm will comprise 75 of Siemens Gamesa’s turbines.