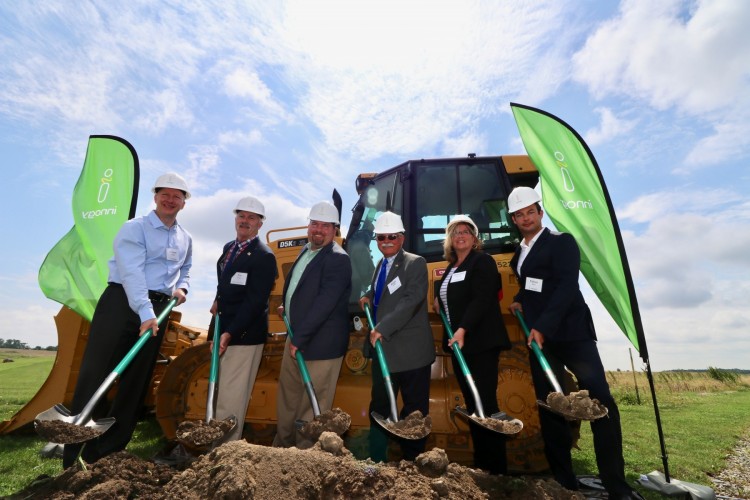 Image: innogy US officials at the ground-breaking ceremony. Photo: Courtesy of innogy.

The wind farm will be powered by 75 of Siemens Gamesa’s turbines. Being constructed with a total cost of $300m (£236m), the wind farm is expected to begin operations in the fourth quarter of next year.

“Once we are totally underway, Scioto Ridge will host over 150 short-term construction jobs and up to 10 full-time, long term operations jobs. This project is a win-win for the local economy.”

When operational, the wind farm will generate enough clean electricity to power more than 60,000 Ohio homes annually. It is also expected to generate more than $75m in additional revenues for the next 25 years to the local governments, school districts and landowners, according to Dagger.

innogy renewables chief operating officer Hans Bünting said: “Today is an important milestone for innogy. Only one year since acquiring a two gigawatt pipeline of onshore wind projects, we are now implementing our first wind farm in the US. With Scioto Ridge, innogy’s successful US market entry becomes visible.

“Ohio’s place in the heartland of the US offers ideal conditions for renewable energy and is considered as an attractive market for clean energy investment.”

In January, the company announced the Scotio Ridge wind farm. Back then, the company stated that it had placed a supply order with Siemens Gamesa to supply its SG 3.4-132 turbines for the wind project. The order also includes 10-year service and maintenance agreement.

innogy to expand wind and solar portfolio in US

In onshore wind segment, the company plans to realise the New York projects that include the 126MW Cassadaga and the 240MW Baron Winds. Both projects are expected to enter into commercial operations in in the fourth quarter of 2020.

In solar energy space, innogy recently acquired stakes in Tamworth and Tanager, two solar projects in North Carolina with a total capacity of around 10MW. Construction of the plants will start in the second quarter of 2019.