US mining industry produced $82.5bn worth of minerals in 2020

There remains a 'significant' reliance on foreign imports for many minerals deemed of critical value to US industry and security, said the US Geological Survey 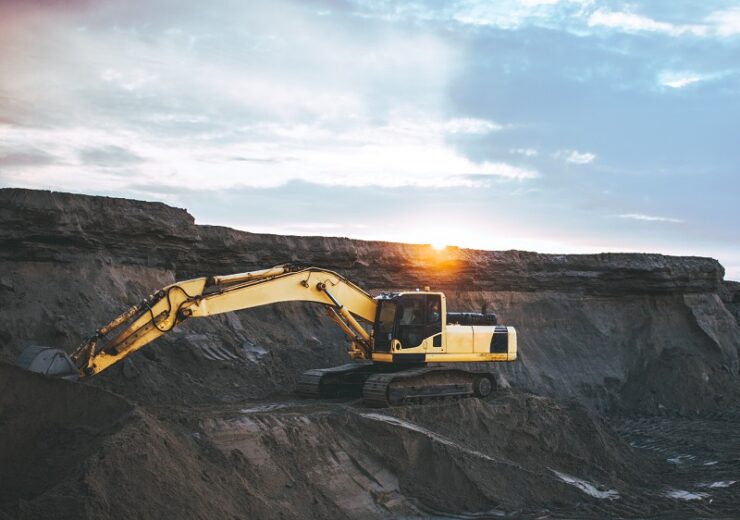 The value of minerals produced by the US mining industry reached an estimated $82.3bn in 2020, according to new figures – $1.5bn less than in the previous year.

In the latest annual update to its Mineral Commodities Summary, the US Geological Survey (USGS) said the country “continues to significantly rely on foreign sources for many raw and processed minerals” – a fact that frustrated former president Donald Trump and prompted him into a range of measures intended to boost domestic production.

According to the USGS, imports comprised more than half of US consumption for 46 non-fuel mineral commodities, and the country relied entirely upon imports for 17 of those.

“A number of these imported minerals are key materials for renewable energy generation and storage, and for infrastructure technologies,” the government agency noted.

Steven Fortier, director of the USGS National Minerals Information Center, said: “Industries – such as steel, aerospace and electronics – that use non-fuel mineral materials created an estimated $3.03tn in value-added products in 2020, which represents a 3% decrease from that in 2019.”

Under the Trump administration, the US Interior Department was directed to identify “critical minerals” of strategic importance to the country’s national security and economic development.

In 2018, the agency compiled a list of 35 commodities under this definition, including cobalt, lithium, manganese, titanium and uranium.

Of the 35, the USGS identified 23 minerals as “posing the greatest supply risk for the US manufacturing sector”, with the US relying entirely on imports for 14 of them – many of which depend on supplies from China.

With the new administration of Joe Biden plotting a rapid expansion of renewable energy technologies over the coming years, US demand for many of these minerals – like lithium and cobalt – is expected to grow, as they are key manufacturing ingredients of products like batteries that will support widespread electrification.

Despite the broader production concerns, USGS noted that domestic output of rare-earth mineral concentrates (valuable minerals that have been largely separated from waste minerals) increased by 36% in 2020 to 38,000 metric tonnes.

This positioned the US as the largest producer of rare-earth mineral concentrates outside of China for the second consecutive year.

The value of industrial minerals produced by US mines in 2020 fell by 4% year-on-year to $54.6bn, around half of which ($27bn) was derived from crushed stone and construction aggregates.

Mined metal production was valued at $27.7bn – up 3% compared to 2019 and buoyed by rising gold prices during the year, which reached a record $2,060 per troy ounce in August.

In 2020, 12 US states each produced more than $2bn worth of non-fuel mineral commodities. Listed in descending order, these were: Nevada, Arizona, Texas, California, Minnesota, Florida, Alaska, Utah, Missouri, Michigan, Wyoming and Georgia.

US production of 12 mineral commodities was valued at more than $1bn each in 2020, according to USGS. These were, in decreasing order of value: crushed stone, gold, cement, construction sand and gravel, copper, iron ore, industrial sand and gravel, salt, lime, phosphate rock, zinc and soda ash.