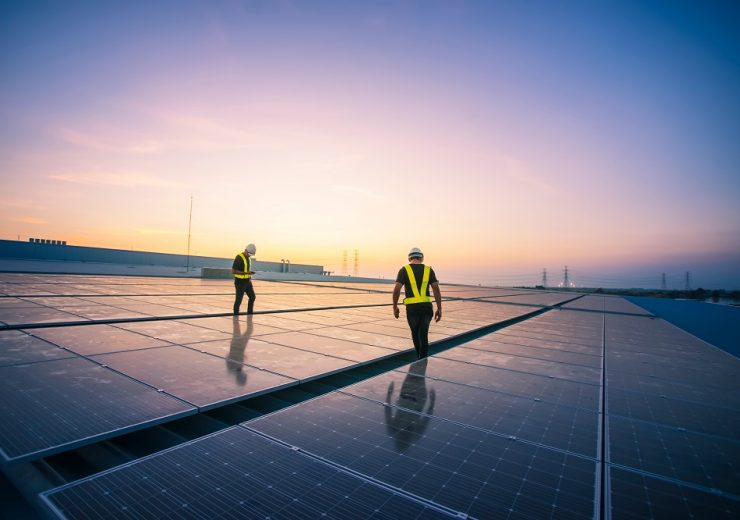 The UK currently has around 14GW installed solar capacity (Credit: ME Image/Shutterstock)

The UK can install 40 gigawatts (GW) operational solar power capacity by the end of this decade, but will require the government to make policy and regulatory changes to achieve the target.

The UK currently has around 14GW of installed solar capacity, and is on track to double that total by 2030 under existing market conditions.

But that would still leave capacity falling short of the 40GW target that has been recommended by the Climate Change Committee – a key government advisor on climate issues – as the minimum necessary for achieving the country’s net-zero goals.

“Solar companies up and down the country are in a strong position to deliver the growth needed to meet the UK’s climate commitments,” said Solar Energy UK chief executive Chris Hewett.

“However, the government must act now to accelerate deployment to ensure their net-zero targets are met. Jobs, economic growth, and a massive reduction in carbon emissions are all up for grabs.”

A report published today (17 June) by the trade group sets out a roadmap for delivering the capacity target, with recommendations to the government including a reform of business rates, ending VAT (value added tax) for solar systems, and maintaining solar PV’s eligibility for government-led power auctions.

UK solar additions totalled 663 megawatts (MW) in the 12 months to March 2021, more than double the rate of the previous year. But hitting a 40GW target would require average annual additions to increase to 2.6GW through to 2030.

The report states: “Although the [UK] solar industry is going from strength to strength, there are policy and regulatory barriers which mean the industry is unlikely to deliver this level of growth on its own.

“Our recommendations represent a roadmap for how the government can accelerate the deployment of solar at the pace necessary to achieve its climate change objectives.”

A target to install 40GW offshore wind by the end of the decade has already been set as the UK seeks to cement its position as the global leader in the technology, with around 10GW currently in operation.

Hewett added: “Solar energy has come of age as a technology. No longer in need of subsidy, solar is expanding across the world as one of the most flexible and affordable ways to deliver on climate change targets.

“This decade, 2021 to 2030, is critical for the prevention of dangerous climate change and solar is poised to play a significant part in that story.”