Exploration and production was suspended amid territorial disputes with China, but officials say new production is urgently needed to boost domestic energy security 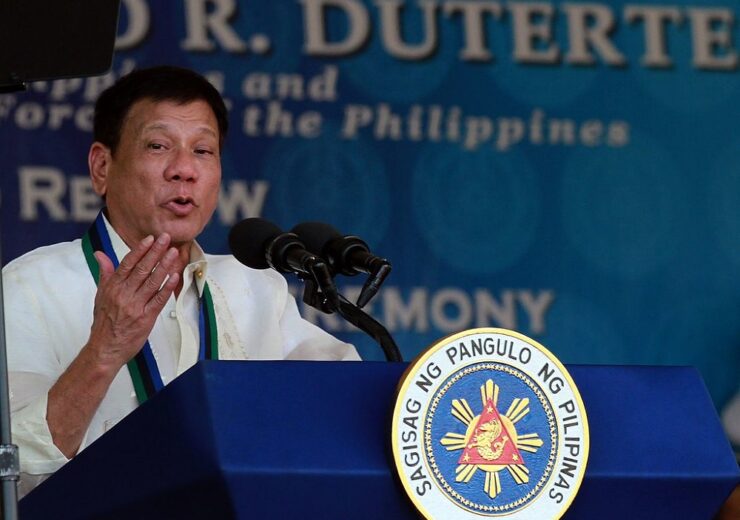 Companies in the Philippines will resume offshore oil and gas exploration in the South China Sea, after President Rodrigo Duterte lifted a moratorium that had been in place since 2014.

The country’s energy department confirmed the approval late on Friday (16 October), adding that the resumption of activities is “an urgent imperative” to boost domestic energy security as other reserves become depleted.

A “resume to work” order has been issued to service contractors operating three exploration blocks in the region, whose activities had been suspended under the previous ban.

Former president Benigno Aquino halted activities six years ago amid territorial disputes with China, which has claimed sovereignty over much of the South China Sea.

A 2016 ruling by the Permanent Court of Arbitration has since dismissed these claims under UN conventions.

Under Duterte’s leadership, the Philippines has aligned itself more closely with China since that ruling – despite support offered by the US to back its territorial claims – and discussions over a joint venture between Chinese and Philippine companies to develop offshore hydrocarbon resources are ongoing.

Philippines energy secretary Alfonso Cusi said the moratorium has been lifted “in good faith and with full regard of the ongoing negotiations” between Beijing and Manila – as well as state-backed China National Offshore Corporation (CNOOC) and Forum, a UK-based oilfield company majority owned by Philippines-based PXP Energy.

Forum operates one of three exploration blocks under Philippine interest in the South China Sea that have been given the green light to resume – with the other two operated by PXP Energy and state-backed Philippine National Oil Company (PNOC) respectively.

“We need to explore so we may address the country’s energy security,” Cusi said.

“With the impending depletion of our natural gas reserve in Malampaya, it is the department’s position that there is an urgent imperative to resume exploration, development, and production activities within our EEZ [exclusive economic zone] to ensure continuity of supply of indigenous resources in the country.”

The energy secretary added that the lifting of the suspension “places the service contractors under legal obligation to put capital into the contract areas”, as well as hiring Philippine workers to resume the exploration activities.