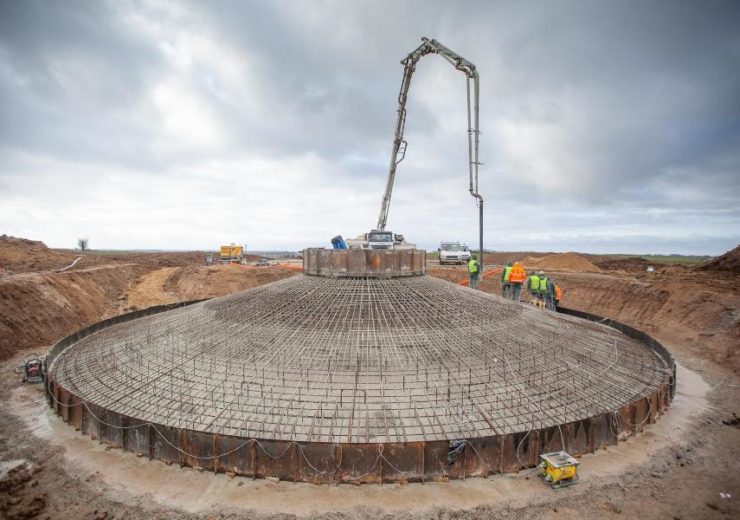 The 94MW wind farm is expected to be operational by next year. (Credit: Ignitis Group.)

Pomerania Wind Farm, a subsidiary of Ignitis Renewables, has secured €60m loan from the European Investment Bank (EIB) for the construction of a 94MW wind project in Poland.

To be powered by 29 turbines, the project marks Ignitis’ first wind farm in Poland.  It will be located in the Pomeranian Voivodship, nearly 50km from the coastline of the Bay of Gdansk in the municipalities of Dzierzgon and Stary Targ.

The loan from the European Investment Bank is expected to cover 47% of the wind project’s total investment cost and is supported by European Fund for Strategic Investments (EFSI), the main pillar of the Investment Plan for Europe, in which the European Commission and the EIB are strategic partners.

European Investment Bank vice-president Teresa Czerwińska commented: “There is huge potential for generating energy from renewable sources in Poland, and this project is yet another example of how wind farms can contribute to the country’s energy mix and sustainable development.

“The EIB has considerable expertise in financing wind energy around the world. With our new Energy Lending Policy, we are committed to supporting even more such projects and we are happy that this particular project is very much in line with our climate objectives.”

Work on the wind project started last July and the project is expected to be operational in the next spring. When complete, the wind project could generate nearly 300GWh of clean energy, enough to power around 75,000 homes annually.

The EIB invested €3.9bn in renewable energy projects around the world in 2019.

Ignitis Group business development head and board member Dominykas Tučkus said: “Sustainable development through the implementation of renewable energy projects not only in Lithuania but also abroad is top priority for the Ignitis Group in its Strategy 2030.

“Through these projects, we aim to increase our competitiveness and make a significant contribution to accelerated decarbonisation of energy sector.”