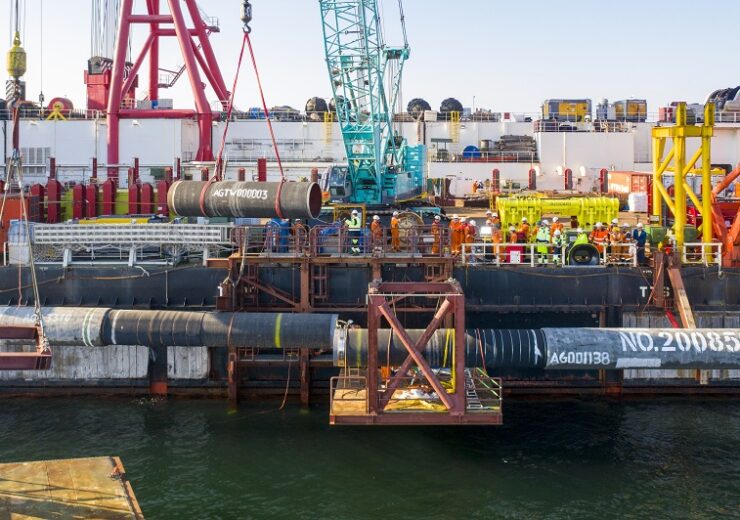 Gazprom announced that it has fully completed the construction of the €9.5bn Nord Stream 2 gas pipeline, which is designed to transport Russian natural gas to the European Union through the Baltic Sea.

Nord Stream 2, the pipeline holding company, will now carry out the necessary pre-commissioning activities with an aim to bring the pipeline into operation by the year-end. It is owned by Gazprom international projects, a subsidiary of Gazprom.

The project consists of a twin pipeline that stretches nearly 1,230km from Russia to Germany. The offshore part of the second line has been mechanically completed, while the first stage of the Baltic Sea pipeline project was completed in June 2021.

The underwater export pipeline project has been largely laid parallel to the existing Nord Stream system. Its construction was started in 2018.

The pipeline passes through the waters of Russia, Finland, Sweden, Denmark, and Germany.

Gazprom has completed the above water tie-in for the second Nord Stream 2 string by connecting the sections of the pipeline from the German shore and Danish waters.

The lifting of the opposing pipe strings from the seabed was carried out by the Fortuna pipelay barge and the pipe ends were cut and fitted together.

The welding work to connect the two lines was performed on a platform located above the water on the side of the Fortuna vessel. Subsequently, the lowering of the connected pipeline was done to the seabed in German waters as one continuous string.

The Nord Stream 2 gas pipeline has been designed to transport 55 billion cubic metres of gas per year from Russia. The volume of gas is said to be enough to supply 26 million households across Europe.