First Solar will supply its Series 6 solar modules, which are designed and developed at its research and development (R&D) centers in California and Ohio 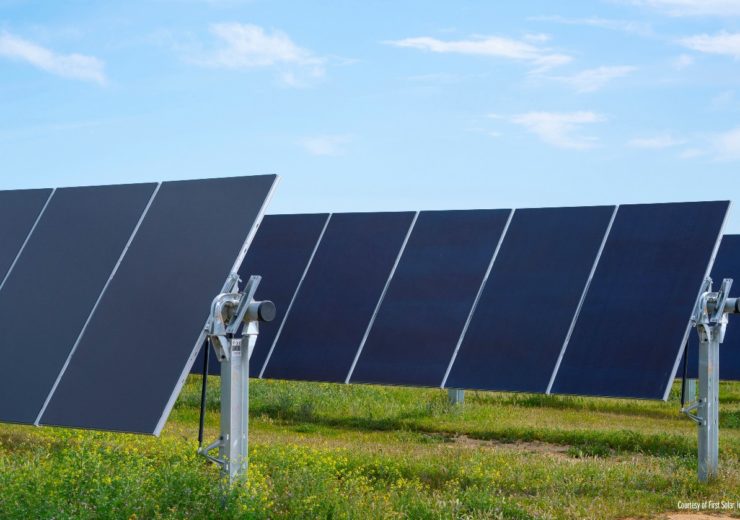 First Solar has entered into a framework supply agreement with Geronimo Energy for the supply of 415MW of its Series 6 solar modules in 2022.

The agreement follows the previous transactions totalling more than 1.4GW of both systems and module technology sales between First Solar and Geronimo Energy.

Headquartered in Minneapolis, Minnesota, Geronimo Energy is a National Grid company with more than 2.4GW of operational and under construction wind and solar projects and a multi-gigawatt development pipeline. National Grid acquired the company last year.

“First Solar and Geronimo have deep roots in the US Midwest and a shared commitment to a sustainable future. A strategic partnership like this helps Geronimo continue its mission to repower rural American communities with renewable energy projects through farmer-friendly development and local economic benefits.”

Designed and developed at First Solar’s research and development (R&D) centers in California and Ohio, the Series 6 solar panels and modules are claimed to have set industry benchmarks in terms of quality, reliability, design, and environmental performance.

“Geronimo’s evolution into one of the country’s largest and most respected independent power producers is an American success story. As America’s solar company, we’re proud that our Series 6 technology will play a role in their continued growth, enabling the success of their multi-gigawatt US solar pipeline.”

First Solar stated that it has expanded its production capacity of the Series 6 solar modules, with a new module manufacturing facility Lake Township, Ohio.

The company had invested more than $1bn on the new facility, expanding its production capacity in the US to 1.9GW.

It also operates manufacturing facilities in Vietnam and Malaysia.