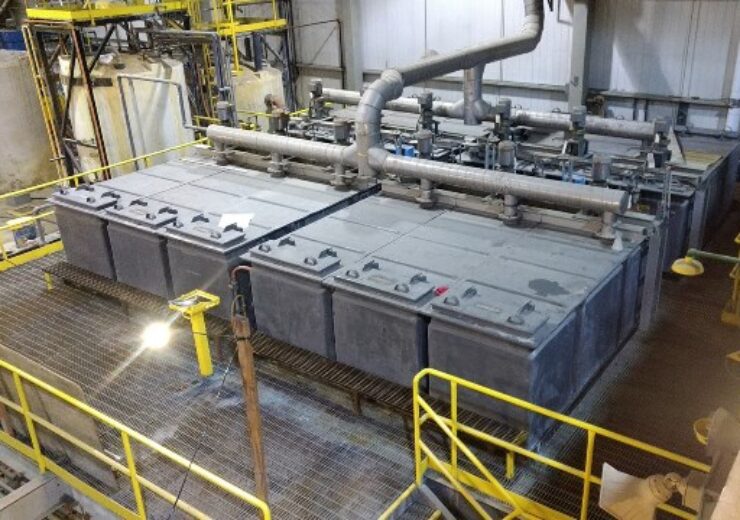 The company is currently expanding a permitted hydrometallurgical refinery north of Toronto for the production of 5,000 tonnes of cobalt. (Credit: First Cobalt Corp)

As part of the company’s expanded strategic plan, the new facility is being developed to deliver battery grade nickel and cobalt, recycled battery materials and precursor material to the North American supply chain.

First Cobalt has also announced the name change to Electra Battery Materials to better reflect the vision of the company.

At present, the company is expanding a permitted hydrometallurgical refinery north of Toronto for the production of 5,000 tonnes of cobalt. The production is expected to commence in the fourth quarter next year.

Electra’s Ontario industrial park in Canada is claimed to be the only integrated battery materials complex in North America. It is designed to support low carbon and domestic supply of key inputs to the electric vehicle revolution.

The company is also negotiating with various potential nickel suppliers to gather raw material for its battery grade nickel sulfate facility in 2024-25. It will help supply sufficient raw material to build over 1.5 million electric vehicles per annum.

Electra is also in early negotiations with precursor manufacturers to collaborate on the construction of a precursor facility on its Canadian site in 2025.

Electra president and CEO Trent Mell said: “Our automaker clients have a strong interest in greater localization of the upstream supply chain to achieve greater reliability, security of long-term supply, and a lower carbon footprint.

“With the continent’s rich mineral endowment, the rationale for supplying battery materials through Asia into a growing US EV market is not sustainable.”

The phase one of the four-phase plan, which is underway, includes the expansion of an existing refinery complex to produce 26% of the ex-China supply of battery grade cobalt. It is expected to be commissioned at the end of 2022.

The phase two consists of treating battery materials from the cathode and anode of lithium batteries for the recovery of lithium, nickel, cobalt, copper and graphite. It will be leveraged from existing plant equipment that earlier recovered nickel, copper and cobalt.

Under the third phase, the company intends to build a modular nickel sulfate plant, which will initially produce more than 60,000 tonnes of nickel.

As part of the fourth phase, the company will construct a battery precursor materials plant in 2025 along with a joint-venture partner.