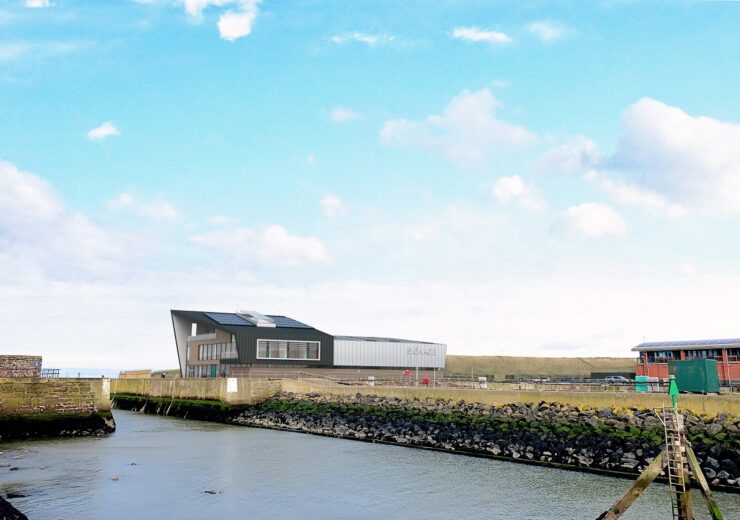 Artists impression of the Operations and Maintenance (O&M) building for the offshore wind farm in Eyemouth. (Credit: EDF Energy)

Scottish Borders Council’s (SBC) planning committee has given its approval for an operations and maintenance (O&M) base for the Neart na Gaoithe offshore wind farm in Eyemouth.

The O&M building will support the servicing of offshore wind farm once it becomes operational.

The plans for the operations base were submitted jointly by Neart na Gaoithe Offshore Wind and Eyemouth Harbour Trust.

Eyemouth Harbour was earlier selected as preferred supplier to operate and service the wind farm.

The operations base is expected to create up to 50 permanent jobs over the 25-year lifespan of the project.

Covering an area of approximately 105km2, the Neart na Gaoithe offshore wind farm will be located 15km off the coast of Fife in south-east Scotland

Neart na Gaoithe Project Director Matthias Haag said: “Having worked so closely with the Eyemouth Harbour Trust on the details of this proposal I am very pleased that Scottish Borders Council has approved the plans for our O&M base at Eyemouth Harbour.

“We need an O&M base for the 25-year lifespan of NnG which brings with it fantastic socio-economic benefits for the town of Eyemouth and the local community. Today’s announcement is a significant next step towards NnG’s O&M facility being based in the town.”

In addition, it will offset more than 400,000 tonnes of CO2 emissions each year.

Jointly owned by EDF Renewables, a subsidiary of the EDF Group, and the Irish electricity company ESB, the offshore wind farm is expected to be fully commissioned in 2023.