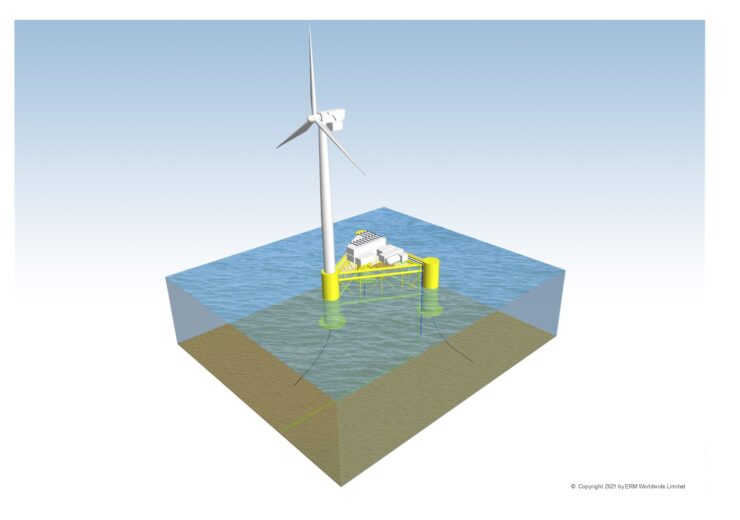 ERM Dolphyn and Source Energie have joined forces with plans to develop floating wind sites in the Celtic Sea that will produce gigawatt scale green hydrogen instead of electricity.

According to Source Energie, the Celtic Sea has considerable scope for offshore energy development, in a strategic area, which is near major energy demand centres.

ERM Dolphyn has developed a technology that combines electrolysis, desalination, and hydrogen production on a floating wind platform. Source Energie is a renewable energy developer.

Source Energie CEO Kevin Lynch said: “We are delighted that The Crown Estate plan to assign areas in the Celtic Sea for floating offshore wind energy and we are actively engaging in the consultation process.

“We are also excited to work with ERM Dolphyn to take offshore green hydrogen production to significant industrial scale. Source Energie is sure that green hydrogen will play a significant role in energy storage, as a fuel for future transportation needs and as a source of hydrogen for industrial processes.”

The first of the floating wind sites to be developed by the partners is called Dylan.

Located nearly 60km off the coast of Pembrokeshire, the Dylan site is targeted to be deployed in 2027/2028. Its selection has been made following regional resource and constraints analysis, and a shipping and navigation review.

Source Energie said that future expansion may offer over 2GW of energy. This will provide adequate hydrogen to make a substantial impact on local and national decarbonisation targets.

The produced hydrogen from the site will also be enough to heat nearly a million homes, said the company.

The Welsh government had offered funding for phase 1 and phase 2 studies to study the suitability of the Celtic Sea for combining offshore floating wind and hydrogen production.

ERM Dolphyn commercial director Steve Matthews said: “Areas of deep water around the UK and Ireland provide great opportunities to generate green hydrogen at scale, and to deliver this carbon free fuel to areas of emerging demand, where it can be used as an alternative to fossil fuels.

“Following on from our projects in Scotland and the North Sea, Dylan is an important additional step, which will help decarbonise areas around the Celtic Sea region, including South Wales.”