Equinor, YPF partner for exploration of CAN 100 block offshore Argentina

The CAN 100 block, which comprises an area of 15,000km², is considered to be the largest block in the North Argentinian Basin 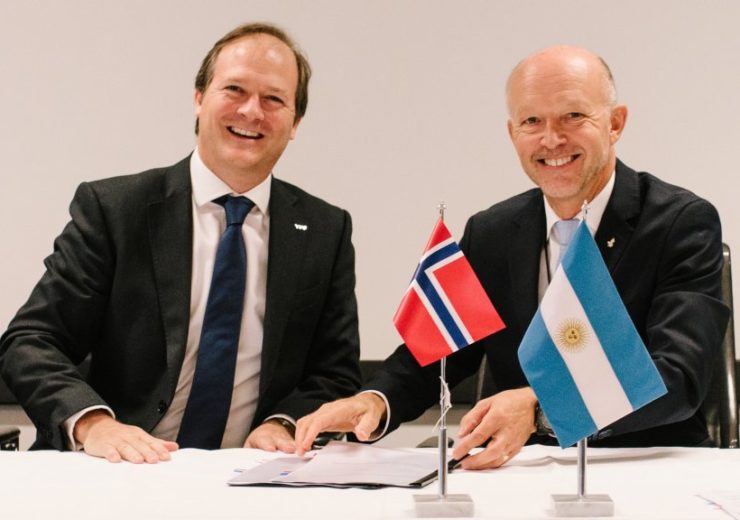 Equinor has signed an agreement with Argentina’s state-owned YPF to jointly explore the CAN 100 offshore block in the North Argentina Basin.

Considered to be the largest block in the North Argentinian Basin, the CAN 100 block comprises an area of 15,000km².

Under the terms of the preliminary agreement, Equinor has agreed to acquire a 50% stake in the CAN 100 offshore block from YPF.

Equinor said that the move will allow the two firms to expand their alliance and move forward with the exploration process offshore Argentinian.

Equinor exploration executive vice-president Tim Dodson said: “We are delighted with this opportunity to continue and expand our close partnership with YPF in Argentina.

“Currently we are partners in two offshore blocks in the same area, and we are jointly exploring onshore opportunities in the Vaca Muerta formation in the Neuquen province. We are looking forward to collaborate closely with YPF on this new exploration opportunity.

“Through this agreement Equinor strengthens its position offshore Argentina, in line with our exploration strategy to access at scale in basins with high impact potential.”

YPF acquired a 100% stake in the block in May 2019, following which the first exploratory period of four years started at the block.

YPF CEO Daniel González said: “We have a strong relationship with Equinor based on mutual trust built on the development of exploration and unconventional projects. This new agreement deepens our bond with Equinor and allows us to learn from their undisputed experience in offshore projects worldwide.”

Currently, Equinor and YPF are partnering on the CAN 102 and CAN 114 blocks which are located in the North Argentina Basin. The blocks were awarded to the partners as part of the open bid round for offshore acreage in Argentina conducted by the national government.

In May, the Argentina government awarded permits for hydrocarbon exploration in 18 offshore areas across three basins to companies, including Exxon Mobil, Total, Eni, and Royal Dutch Shell.

In 2017, YPF announced plans to invest more than $30bn (£24.7bn) over the next five years to boost its oil and gas production capacity as well as power generation capacity.