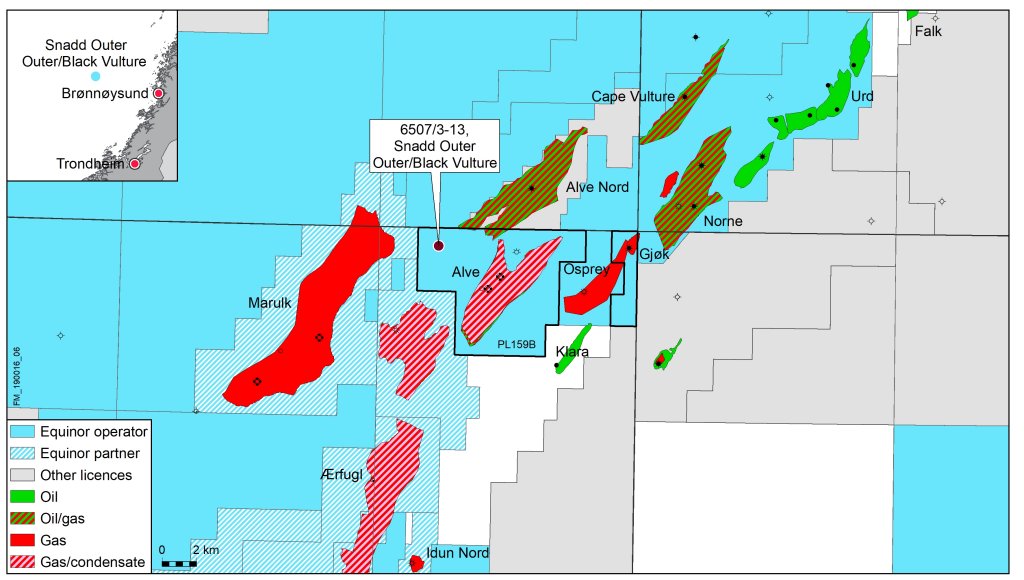 Equinor, and its partners Ineos E&P and Faroe Petroleum, have made oil and gas discovery in exploration well 6507/3-13 (Snadd Outer Outer/Black Vulture) located in production licence 159B in the Norwegian Sea.

The partners drilled the well, which had two different reservoir targets, located around 14km south-west of the Norne field in the northern part of the Norwegian Sea, using Transocean Spitsbergen rig.

Following drilling to 2800m to the first target Snadd Outer Outer, where gas was confirmed, the well was further drilled down to 3200m to the second target, Black Vulture, and validated presence of oil.

Equinor Norway and the UK exploration senior vice-president Nick Ashton said: “The volumes are broadly estimated, and operational challenges prevented side-tracking. We are evaluating both the time and place for further delineation to give us more accurate volume estimates.”

Ashton added: “The deepest target is following up the Cape Vulture discovery of 2017, offering further opportunities on the Nordland Ridge, and we are very happy about today’s discovery.

“Snadd Outer Outer/Black Vulture and Cape Vulture combined have in fact proven to be a success story for cretaceous reservoirs off the coast of Nordland, encouraging us to pursue further opportunities in the area going forward.”

The licence partners will now assess ways to further develop the discovery at the well, which now been plugged and abandoned.

The well represents the fourth exploration well in production licence 159B, which was awarded to Equinor and partners under the licensing round 12-B in 1989.