Equinor to invest up to $4.2bn in NOAKA project, offshore Norway

Located between the Oseberg and Alvheim fields, the NOAKA oil and gas project, which also involves the participation of Aker BP and Lotos Exploration and Production, is expected to see investments of nearly $10bn 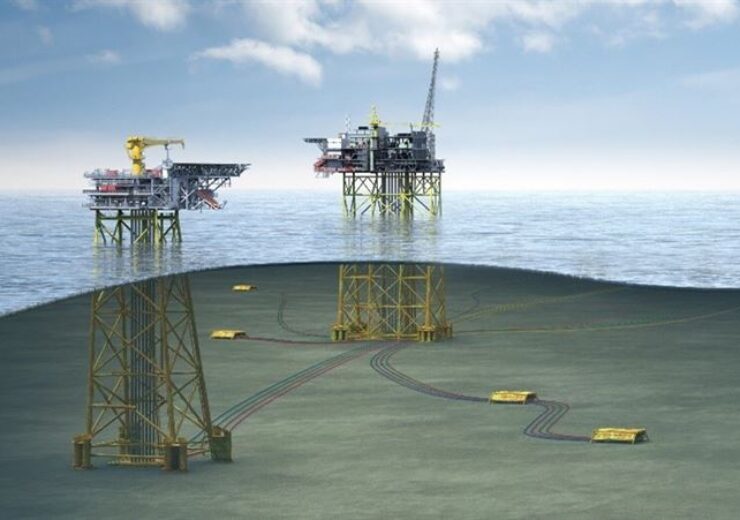 The NOAKA project will be jointly developed and operate by Aker BP and Equinor. (Credit: Aker BP)

Equinor is reportedly planning to invest NOK25-35bn ($3bn-$4.2bn) on its part to develop the Krafla, Fulla, and North of Alvheim project (NOAKA project) in the Norwegian North Sea.

The NOAKA project is scheduled to begin production in 2027 and will become the largest oil and gas development in Norwegian waters since the start-up of the Johan Sverdrup field in 2019, reported Reuters.

Last week, Aker BP, which is another partner in the project, said that a development concept has been chosen, which will facilitate an upgraded resource estimate of 600 million barrels of oil equivalent (mmboe). The earlier resource estimate was over 500mmboe.

The NOAKA project, which is located between the Oseberg and Alvheim fields, is expected to see investments of nearly $10bn.

A spokesperson of Equinor told the publication that a concept has been selected for the Krafla development. Production from the field is planned to be carried out with the help of an unmanned production platform.

The Krafla field will process and export oil using Aker BP’s production platform at the NOA Fulla field. On the other hand, the produced natural gas will be sent directly for processing at an onshore plant located in Norway, following which, it will be exported to Europe.

Aker BP is targeting to produce 250-370mmboe from the NOA Fulla area during the lifetime of the field. The Krafla area, on the other hand, is targeted by Equinor to produce nearly 300mmboe.

The companies are planning to submit two separate development plans for the Krafla and the NOA Fulla fields by the end of next year.

In September 2021, Aker BP awarded two front-end engineering and design (FEED) contracts to Aker Solutions for the processing, drilling, and quarters platform (PdQ) at the NOA Fulla field and for the unmanned Frøy wellhead platform (NUI) at the same field.