Aker Solutions has secured contracts for topsides and jacket for NOA PdQ and Frøy NUI, and for seabed production system 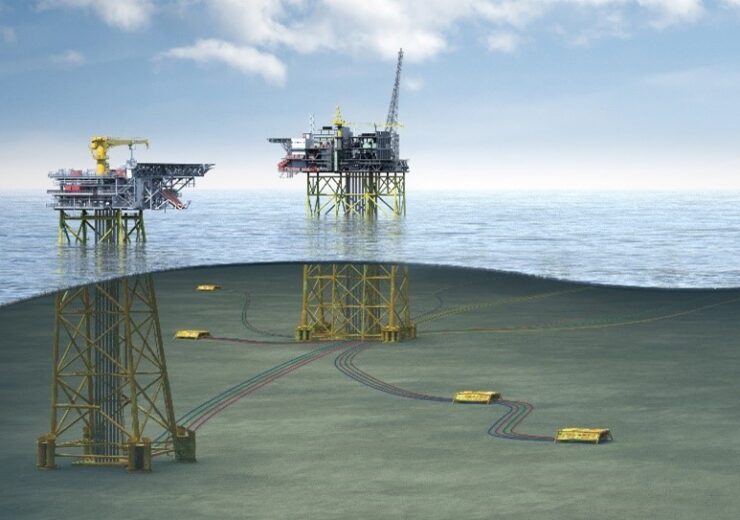 Aker BP has awarded FEED contracts worth nearly NOK700m ($81.4m) for the field development of NOA Fulla in the southern part of the NOAKA area.

The NOAKA area is located between Oseberg and Alvheim in the Norwegian North Sea, and holds several oil and gas discoveries including NOA, Fulla and Krafla.

Aker Solutions has been awarded contracts for topsides and jacket for NOA PdQ and Frøy NUI, under Fixed Facilities Alliance. It has also been contracted for seabed production system (SPS), under the Subsea Alliance.

Also, Subsea 7 has been contracted to provide umbilicals, risers and flowlines (SURF), under the Subsea Alliance.

According to Aker BP, the largest FEED contract is awarded to the PdQ platform, which will receive and transmit power from shore.

The platform is expected to process the oil from the fields and export it through the Oseberg Transport System (OTS), while the gas will be exported via Statpipe.

Aker BP NOAKA SVP Lars Høier said: “We’ve passed an important milestone in the development of NOA Fulla. These are the first major contracts to be awarded in the field development.

“Now we are getting started on further developing the concept of platforms, production systems and flowlines on the seabed.

“We are also developing a solution for power from shore that will pave the way for minimal greenhouse gas emissions from operations of the field.

“This is just the beginning of a field development that will have great significance for activity in the Norwegian supplier industry.”

Aker BP and Equinor will jointly develop and operate NOAKA, with LOTOS Exploration and Production as licence partner.

Aker BP is the operator of NOA Fulla in the south, and Equinor for Krafla to the north.

NOA Fulla project director Bård Atle Hovd said: “NOA Fulla will be carried out in the alliance model, a model where we work side-by-side with strategic partners with common goals and incentives.

“We have a strong track record using this model, and we see clear improvements as regards efficiency and quality. Therefore, we believe that this is the key to implementing profitable projects in a demanding market going forward.”