The field is expected to reach plateau production of around 115,000 barrels per day next year 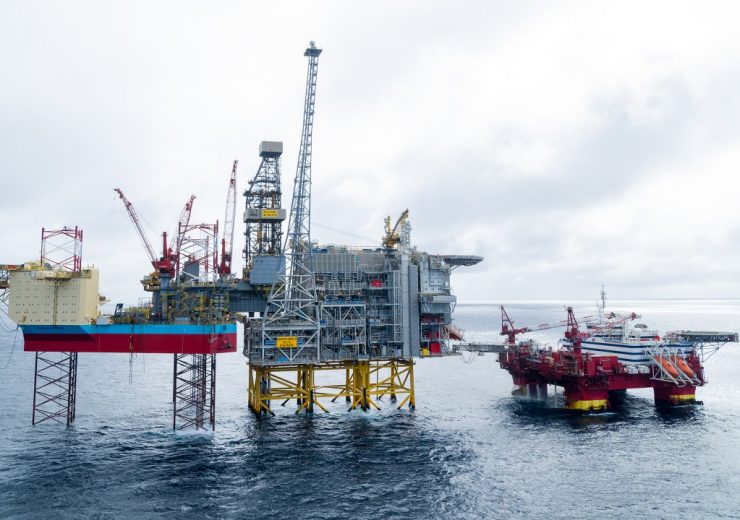 Norwegian oil and gas company Equinor has commenced the production at its Martin Linge oil and gas field in the North Sea.

With estimated recoverable resources of about 260 million barrels of oil equivalent (boe), the field is expected to reach plateau production of around 115 000 barrels per day in 2022.

The Martin Linge field is powered from shore through a 163km alternating-current sea cable from the onshore substation at Kollsnes in Western Norway.

“Thanks to new infrastructure in this area it will be possible to realise new discoveries in the future. Equinor has formed a cross-disciplinary team who is looking into the opportunities of a wider area surrounding Martin Linge.”

After acquiring Total’s interests in the field in 2018, Equinor assumed the operatorship and responsibility to complete the field development project.

Equinor owns a stake of 70% in the field, while Petoro is its only partner owning the remaining stake of 30%.

The platform was connected to shore power in December 2018.

The production wells and processing plant at the field are operated from the control room in Stavanger, becoming the first Norwegian platform to be brought online from shore.

Originally planned to begin production in 2016, Martin Linge project has faced many challenges, including rise in costs from the initial NOK31.5bn ($3.6bn) to NOK63bn ($7.2bn).

The gas produced at Martin Linge is transported through a new pipeline connecting the field to the existing pipeline going to St. Fergus, Scotland.

Last month, Equinor and partners Vår Energi and Aker BP have made an oil discovery in the Garantiana West prospect near the Visund field in Norwegian North Sea.