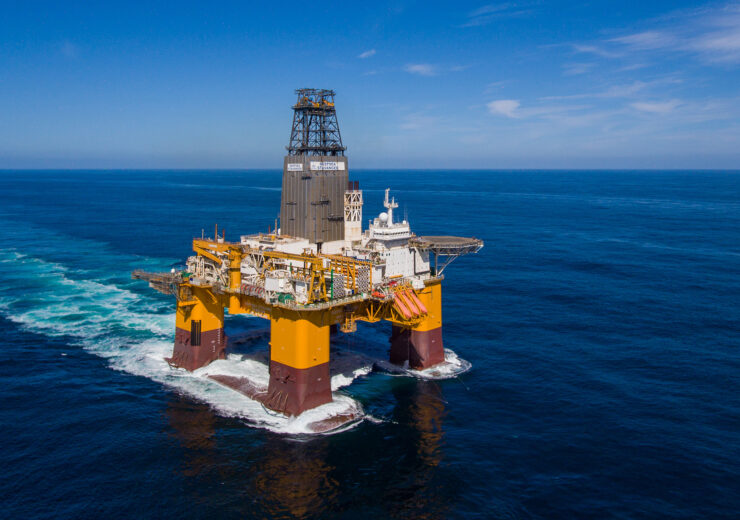 Norwegian state-owned energy company Equinor Energy has completed the drilling of wildcat well 30/3-11 S in its operated production licence 1104 in the North Sea.

The well was drilled about 18km north of the Oseberg Øst field and 145km northwest of Bergen, with an objective to prove petroleum in Middle Jurassic reservoir rocks.

It was drilled to a vertical depth of 4,593m below sea level using the Deepsea Stavanger drilling rig, and extensive data acquisition and sampling were carried out.

The well encountered about 120m of sandstone with poor reservoir quality in the Tarbert, Ness and Etive formations, along with 75m of sandstone in the Oseberg Formation.

Equinor noted that is the first exploration well in production licence 1104 and is dry with traces of petroleum in all exploration targets.

The well was terminated in the Drake Formation in the Middle Jurassic, with 185m water depth at the site, and has been permanently plugged and abandoned.

Equinor is mobilising the rig to drill wildcat well 6607/12-5 in production licence 943 in the Norwegian Sea, which is also being operated by Equinor.

In a separate development, ConocoPhillips Skandinavia, a provider of petroleum exploration and production services, has drilled another dry well in the North Sea.

The company drilled the wildcat well 25/7-10 using the Transocean Norge drilling rig, near the Balder field in the central part of the North Sea in the production licence 782 S.

The well encountered around 14m of thin sandstone layers in the Draupne Formation, along with 29m of sandstone, both with poor reservoir quality. It is classified as dry with oil shows.

The well was drilled to a vertical depth of 4,470m below sea level and was terminated in the Heather Formation in the Middle Jurassic. It has been permanently plugged and abandoned.