Commercialisation of the turbine is planned by 2021, with serial production expected to commence in the second half of 2021 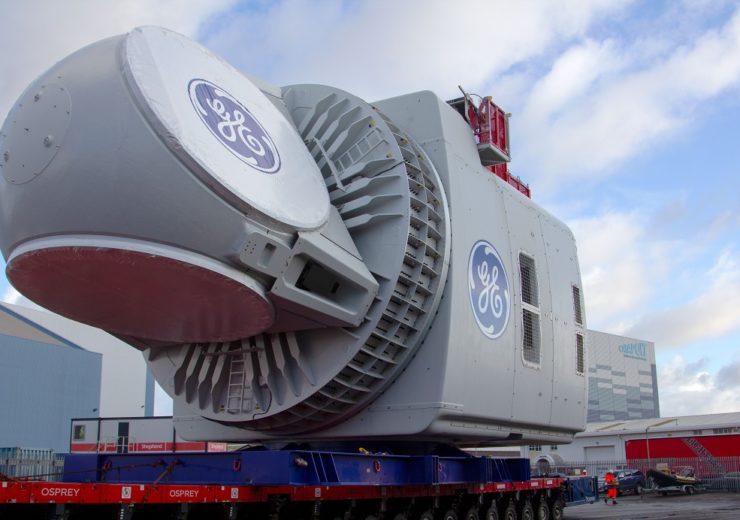 Dutch utility Eneco has agreed to purchase all of the power generated by GE Renewable Energy’s 12MW Haliade-X offshore wind turbine prototype installed at the port of Maasvlakte-Rotterdam in the Netherlands.

According to GE, the Haliade-X 12MW prototype has set a new world record the past weekend by being the first wind turbine ever to produce 262MWh of clean energy in 24 hours, enough to power 30,000 homes in the region.

Over the next five years, the prototype will undergo a series of validation tests required to secure a Type Certificate in 2020.

Commercialisation of the turbine is planned by 2021, with serial production expected to commence in the second half of 2021.

Eneco COO Frans van de Noort said: “We are very proud of our cooperation with Future Wind and GE Renewable Energy, as it enables Eneco to purchase the green power produced by the Haliade-X prototype and to get hands on experience with this innovative and powerful new turbine that represents the future of offshore wind energy.”

A single Haliade-X 12 MW turbine can produce up to 67GWh of gross energy production per year, providing enough electricity to power 16,000 European homes and offset nearly 42,000 metric tonnes of carbon dioxide, which is equal to the emissions generated by 9,000 vehicles in a year.

GE Renewable Energy offshore wind CEO John Lavelle said: “Because it is the most powerful machine in the industry, the Haliade-X allows our customers to drive down the cost of wind energy and speed the adoption of clean, renewable energy.

“The testing that the prototype will undergo is one part of a multi-faceted testing process that will enable us to commercialize the Haliade-X by 2021, just in time for the strong growth uptick we are seeing in offshore wind worldwide.”