GE Renewable Energy is investing close to £15m ($19.2m) in testing, research, and development activities on the Haliade-X in the UK. 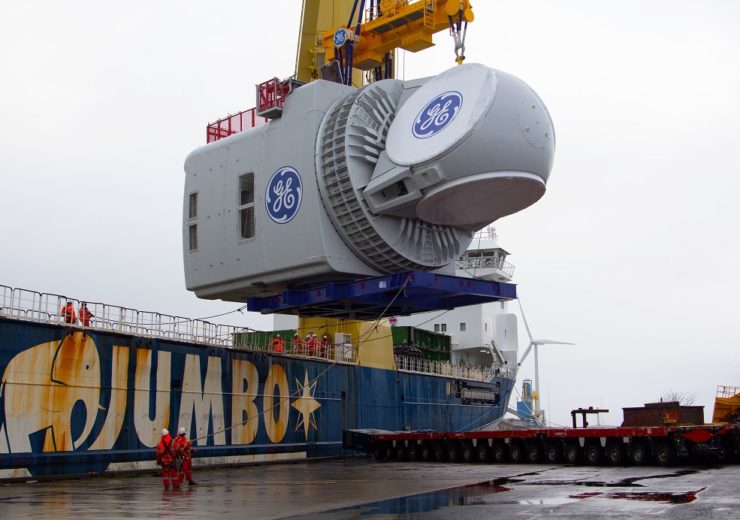 A nacelle from GE Renewable Energy’s Haliade-X 12 MW offshore wind turbine has arrived at the Offshore Renewable Energy (ORE) Catapult’s testing facility in Blyth, Northumberland, ahead of a rigorous testing programme designed to prepare it for years of operation at sea.

This nacelle, comparable in size to six double-decker London buses, will undergo full indoor testing as part of an advanced technology program that will replicate real-world operational conditions. This is the second Haliade-X nacelle to be assembled, with the first recently installed in Rotterdam which last week produced its first kWh.

John Lavelle, President & CEO of GE’s Offshore Wind business, said: “GE’s Haliade-X technology will have an important role to play in helping the UK to achieve its Offshore Wind Sector Deal goals of 30 GW by 2030, and UK Government’s ambition to work for greenhouse emission reduction to “net-zero” by 2050. Our Haliade-X global testing program will allow us to put different components under controlled and extreme conditions in a faster way, to adapt our technology in a shortened time while introducing new features to meet customers’ demands, and reduce the validation time before starting serial production in 2021.”

Andrew Jamieson, Chief Executive of ORE Catapult, said: “Once again, the North East is playing a significant role in the UK offshore wind success story by welcoming another key component of the world’s largest offshore wind turbine to date, following the arrival of the turbine’s 107m blade for testing earlier this year. Our objective is to subject the turbine nacelle to an extremely rigorous testing program designed to make sure it can withstand years of operation at sea. Testing these world-leading technologies in the UK cements our position as a global leader in offshore wind and presents unparalleled opportunities for the UK supply chain to develop new products and services, creating jobs and generating economic benefit.”

GE Renewable Energy is investing close to £15 million in testing and research and development activities on the Haliade-X in the UK. In addition to the nacelle and blade testing program, GE and ORE Catapult are also developing the “Stay Ashore!” program, which aims to reduce the time people spend at sea, increasing safety and contributing to energy cost reduction by focusing on developing technology in robotics, digital and remote operations.

The Haliade-X 12 MW is a multi-million investment and will contribute to reducing the cost of offshore wind energy in order to make it a more competitive source of clean and renewable energy. One Haliade-X 12 MW turbine can generate up to 67 GWh* of gross annual energy production, provide enough clean energy to power 16,000* European households and save up to 42,000 metric tons of CO2, the equivalent of the emissions generated by 9,000 vehicles** in one year.