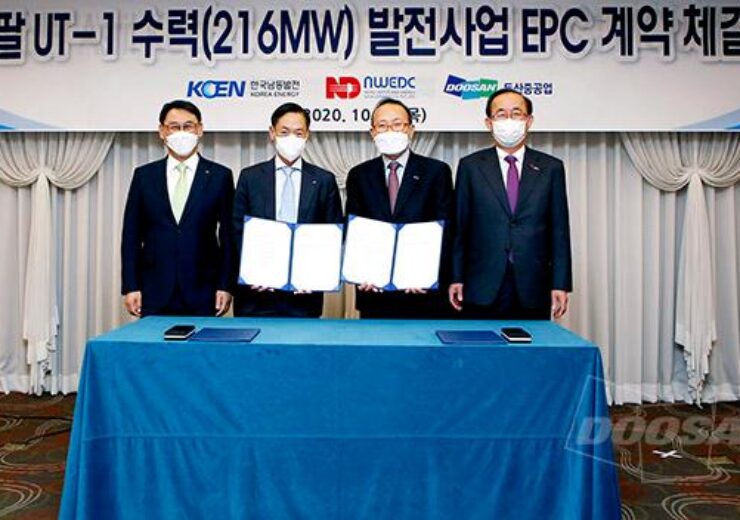 The Upper Trishuli-1 power plant will be constructed over a period of five years. (Credit: Doosan Heavy Industries & Construction.)

The hydroelectric power plant is located near Trishuli River, 70km north of the Nepalese capital Kathmandu.

Under the contract, Doosan will be responsible for manufacturing and supplying main components, including the turbine and power generator along with the construction of the hydropower power plant.

To be constructed over a period of five years, the Upper Trishuli-1 power plant is estimated to generate approximately 1,456GWh of electricity per year and increase the Nepal’s total power generation by 20%.

“We plan to step up efforts for the local manufacturing of plant components and plant engineering and will seek to promote the related industries in Korea, as we expect to see more business opportunities, such as the need for modernization of old hydroelectric power plants, in both the domestic and overseas markets.”

Doosan has also announced that it also planning to take part in Pakistan’s No. 2 hydroelectric power plant project, located 375km north of the Pakistani capital Islamabad.

Construction on the project, which is to be led by KOEN, is expected to begin at the end of 2022.

Doosan signed an MOU for business cooperation with KOEN for the 215 MW Asrit-Kedam Hydroelectric Power Plant ordered by the Pakistani government.