COOEC-Fluor has delivered 188 modules in 20 separate shipments with a combined weight of 65,000 metric tonnes 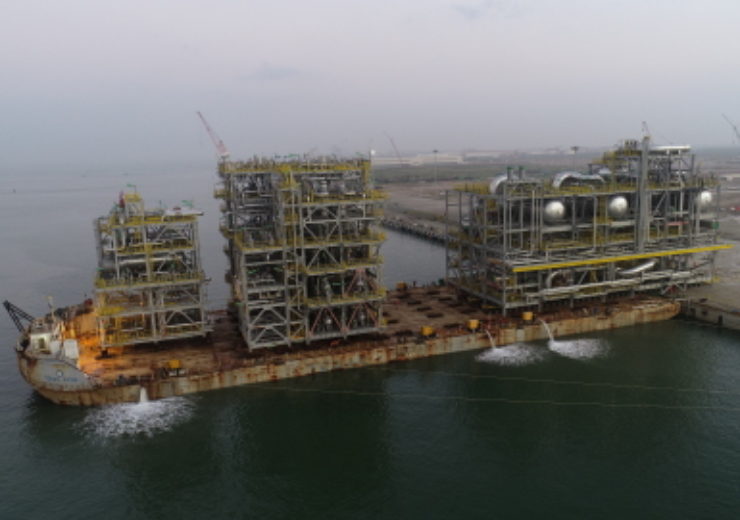 COOEC-Fluor is a joint venture of Fluor and Offshore Oil Engineering (COOEC), a subsidiary of China National Offshore Oil Corporation. It owns, operates and manages the Zhuhai fabrication yard in China’s Guangdong Province.

Under the contract signed in October 2015, COOEC-Fluor has delivered 188 modules in 20 separate shipments with a combined weight of 65,000 metric tonnes for the refinery project.

Marking the completion of the module programme, the final module shipment of 8,600 metric tonnes recently arrived at the project site in Kuwait.

The module fabrication took place at the COOEC-Fluor’s fabrication yard in Zhuhai, China.

Additionally, the project team is expected to install over 95,000 pipe spools of carbon, alloy and stainless steel pipe fabricated at the Zhuhai yard.

Fluor operations director and vice president Chris Vertanness said: “The COOEC-Fluor yard completed the modular program over a period of 24 months from the start of steel fabrication to load out of the last modules.

“The COOEC-Fluor team has accomplished numerous fabrication and logistics milestones on this project working closely with the Fluor-led joint venture team, and I look forward to continuing to show the world what our yard can do.”

Al-Zour project will produce 615,000 barrels of oil every day

Upon completion, the Al-Zour refinery project is expected to be one of the largest refineries in the world, producing 615,000 barrels of oil every day.

The joint venture led by Fluor is responsible for the delivery of two engineering, procurement, fabrication and construction packages for key process support units, utilities and infrastructure for the Al-Zour refinery project.