The Resolution Copper mine is a vast project planned in Arizona, US, but native tribes hope to prevent a land exchange they say will impinge on religious freedoms 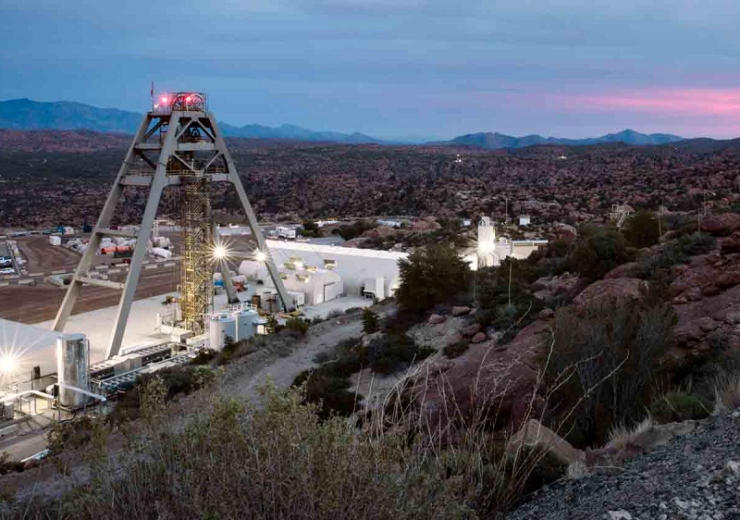 A lawsuit has been filed on behalf of Native American tribe members seeking to block development of the Resolution Copper mine in Arizona, US.

Apache Stronghold, an organisation representing the San Carlos tribe and other native groups, is attempting to stop a land swap necessary for the mining project to continue, saying the transfer would impinge on religious freedoms by taking away a site of spiritual and cultural significance.

A years-long environmental assessment is due to be published tomorrow (15 January) by the US Forest Service, part of the Department of Agriculture, which will pave the way for government approval of the deal.

President Donald Trump is expected to give the go-ahead in what will likely be one of his final acts in office before next week’s inauguration.

Resolution Copper is a joint venture between Anglo Australian miners Rio Tinto (55%) and BHP (45%), which claims to be able to supply 25% of US copper demand over a 40-year period.

But its construction hinges on the companies being able to secure ownership of a 10km tract of land in the Tonto National Forest that is home to sites of active religious practice for the San Carlos tribe.

Apache Stronghold says a site of particular significance, known as Oak Flat or Chi’chil Bildagoteel, will be destroyed as part of the mine’s construction.

“Giving away our sacred land by the US government for destruction by a foreign mining company destroys our ability to practice our religion. It violates our first amendment right to the free exercise of our religion protected by the constitution.”

Resolution Copper says it is reviewing the lawsuit, and has previously stated access to Oak Flat will be maintained for “as long as it is safe”, which will be “at least the next few decades”.

“We will complete a detailed feasibility study and welcome the opportunity to continue engaging with tribal officials, tribal members, and other stakeholders before any final decision is taken to develop the project,” the group has said in a statement.

“We have implemented significant mitigation measures that respond to concerns raised, both by the public and tribal governments. Over the course of the mine’s life, we expect to invest in a range of important initiatives including cultural heritage, education, youth programmes, economic development, environmental mitigation and recreation.”

Oak Flat is located about 70 miles east of Phoenix, Arizona, on lands historically shared by multiple tribes including the Apache, the Yavapai, the Pee-Posh and the O’odham, and had previously enjoyed regulatory protections from mining activity.

Former President Barack Obama provisionally agreed to the land swap in 2014, on condition that an environmental impact survey was conducted beforehand.

This process has progressed in the years since, although the date of publication of the assessment has been changed on more than one occasion.

Both Resolution Copper and the US Forest Service deny claims that the review process has been fast-tracked, amid accusations by Apache Stronghold of a “rushed” publication timed to occur before President Trump leaves office.

It is the second bitter dispute with indigenous groups in a matter of months for major stakeholder Rio Tinto, which last year faced a significant backlash over its decision to destroy the Juukan Gorge aboriginal heritage site in Western Australia as part of an iron ore mine expansion.

The incident prompted a parliamentary inquiry and the resignation of former chief executive Jean-Sébastien Jacques.

In the aftermath, Rio chairman Simon Thompson said the company is “committed to learning from this event to ensure the destruction of heritage sites of such exceptional archaeological and cultural significance never occurs again”.

He added: “We have made important changes to the way we manage cultural heritage sites and our relationships with Traditional Owners, including a commitment to modernise our agreements.”

Apache Stronghold’s lawsuit was filed in the US District Court of Arizona, citing senior officials within the US Department of Agriculture among the defendants.