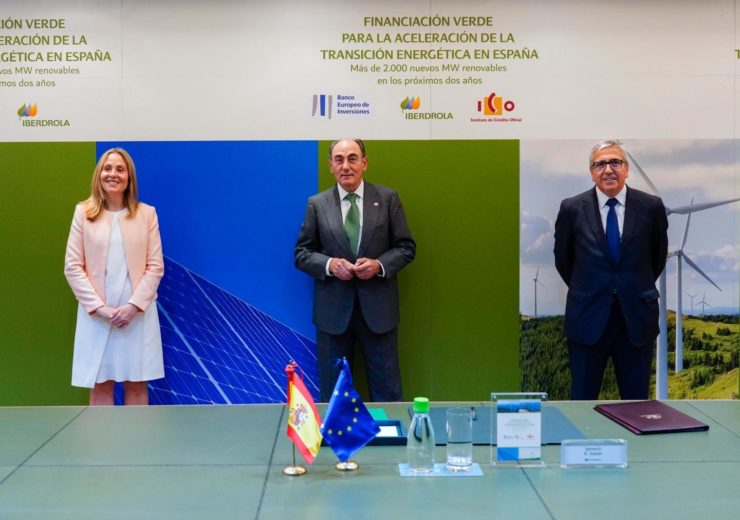 Spanish energy company Iberdrola has secured a loan of €800m from the European Investment Bank (EIB) and the Instituto de Crédito Oficial (ICO) for the development of 2GW in renewable energy projects in Spain.

EIB and ICO have agreed to provide €600m and €200m, respectively, to Iberdrola, which will develop 20 projects with the total capacity exceeding 2GW.

The new renewable capacity, which includes both solar plants and wind farms, is expected to generate enough clean energy to power one million Spanish homes.

The investment from EIB and ICO is expected to a positive impact on the economy as well as on employment, particularly in the light of the lockdown due to the Covid-19 pandemic.

The new projects are expected to create about 3,000 jobs

The EIB and ICO are providing financing for photovoltaic plants and wind farms in several different parts of Spain.

Part of the financing will go towards a new solar plant in Cáceres, in the municipalities of Ceclavín and Alcántara, with a capacity of 328MW.

The new projects are expected to create about 3,000 jobs during the construction phase, until 2023.

“With the agreement we are signing today with the EIB and ICO, we are moving forward with our commitment to accelerate investment and put 3,000 MW of new capacity into service in Spain by 2022 and up to 10 000 MW by 2030.

“In doing this, Iberdrola will create 20 000 high quality jobs in our country. We are certain that this is the right path, supported by both the Spanish Integrated National Energy and Climate Plan (PNIEC) and the European Green Deal.”

In June,  Iberdrola agreed to acquire majority stakes in up to 9GW of developing offshore wind projects in Sweden from Svea Vind Offshore (SVO).