To be located on 800 acres of land in White County, the 100MW Searcy Solar project is expected begin operations next year 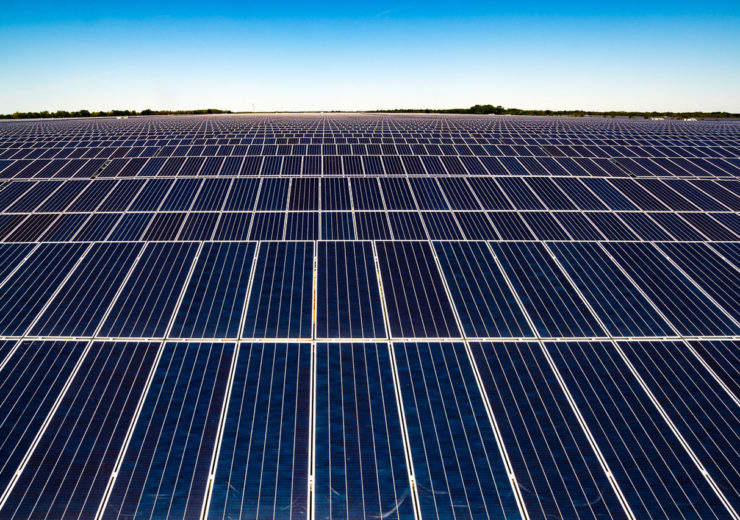 Electric utility company Entergy announced that it has secured approval from the Arkansas Public Service Commission for the development of a 100MW solar project in the state.

The project is said to be one of the largest utility-owned solar projects and the first to include battery storage.

To be completed next year, it will be the third solar project of Entergy Arkansas and take the total to 281MW of solar energy spread in more than 2,000 acres of land.

The other two solar plants include the 81MW Stuttgart Solar Energy Center which has been operating since 2018 and the 100MW Chicot Solar, which is under construction near Lake Village and will operational by the end of this year.

Entergy Arkansas president and CEO Laura Landreaux said: “Entergy Arkansas is proud to be leading the charge in expanding solar power in our state, and we are committed to meeting our customers’ energy needs reliably, affordably and safely as we have done for over 100 years.

Covering an area of nearly 800 acres, east of Eastline Road, the Searcy Solar project will also include a 10MW array of lithium-ion batteries which can store up to 30MWh of electricity.

As per the company, the construction period of the solar project will result in nearly 200 temporary jobs and once it is completed, 2 or 3 permanent jobs will be created.

Furthermore, the project is expected to generate about $700,000 in annual property taxes, coupled with the environmental benefits in the form of emissions-free energy generation.

Arkansas Secretary of Commerce Mike Preston said: “This large solar facility will be a very effective economic development tool as we work to attract new employers and retain our existing businesses. Many corporations have renewable energy and sustainability objectives.

“This facility, combined with Entergy’s other large solar facilities in Arkansas, will help us strengthen and grow the state’s economy.”