The US oil major said returns on capital will at least double over the next five years, while new targets have been set to cut carbon intensity 35% by 2028 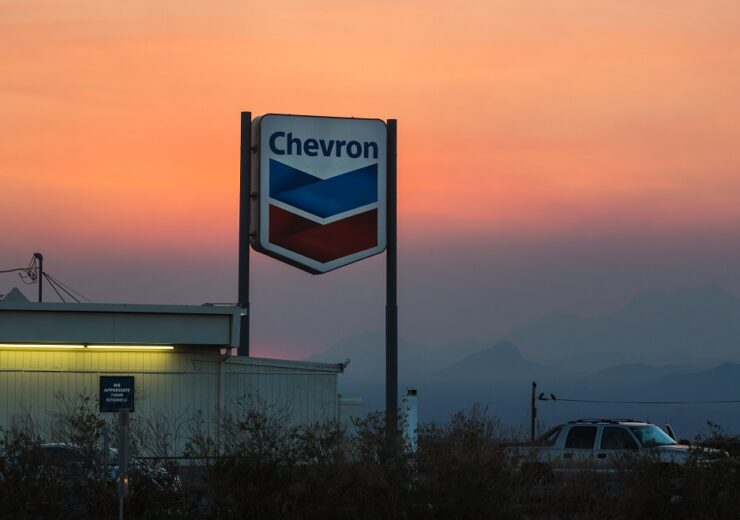 Chevron has promised to deliver higher returns on capital over the next five years while setting new targets to shrink its carbon footprint, as it seeks to reassure investors after a loss-making 2020.

At its annual investor meeting today (9 March), the California oil major said it plans to double its return on capital employed (ROCE) – currently around 3% – by 2025. That is in a scenario where Brent crude averages $50 per barrel – a price of $60 would further increase ROCE to around 10%.

The company also intends to spend more than $3bn over the next five years on its energy transition strategy.

Capital efficiency will be key delivering higher returns, and the company has reaffirmed its plans to keep spending restrained at $14bn-$16bn per year through to 2025.

Like most of its peers, Chevron slashed its spending budget last year in response to huge financial turmoil across the oil and gas industry caused by the pandemic.

Operational savings are expected to be made via better-than-expected synergies with recently-acquired Noble Energy, with Chevron doubling its original estimate of these savings to $600m.

Over the course of 2021, the firm plans to reduce operational expenditure by 10% compared to 2019 levels.

“The path to increase return on capital employed is straightforward – invest in only the highest-return projects and operate cost efficiently,” said Pierre Breber, Chevron’s chief financial officer. “Capital discipline and cost efficiency always matter. We have the portfolio and investments that position us to increase returns and grow free cash flow.”

As pressure on fossil producers to cut their contributions to global warming grows stronger, Chevron has responded by setting new emissions goals for 2028 and committing to end routine flaring by 2030.

The new targets include cutting the carbon intensity of its oil and gas production by 35%, compared to 2016, lowering overall flaring intensity by 65% and reducing methane intensity by 50%.

“Achieving our 2028 goals is expected to keep Chevron a top quartile oil and gas producer in terms of carbon intensity,” said Bruce Niemeyer, vice president of strategy and sustainability.

The oil major will plough $3bn into its energy transition strategy over the coming years, and has made recent investments through its capital ventures unit into a pair of companies specialising in the geothermal sector.

However, Chevron still plans to grow its oil and gas production, with assets across the US Permian a top priority for its upstream business.

More money will be allocated to developing its Permian operations over the coming years, as the nearing completion of the Tengiz expansion project in Kazakhstan frees up money to spend on other high-priority ventures.

Dividend ‘secure’ in any scenario

In a further pitch to investors, CEO Wirth reassured that returning cash to shareholders will be the firm’s “number one financial priority”.

While some oil majors responded to last year’s financial distress by lowering their dividends, Wirth said he expects Chevron’s payout to remain “secure” in any future commodity-price scenario. “We’re not betting on higher prices to bail us out,” he said.

“Our financial priorities haven’t changed, unlike others. We haven’t cut the dividend since the Great Depression, and we’ve increased it for 33 straight years. Where others have changed their strategies, their priorities and their financial commitments to shareholders, we haven’t.”

Last week,  ExxonMobil struck a similar chord in its own appeal to investors, promising high returns on capital, a focus on dividend growth, and the prioritisation of its highest-value oil and gas assets.

Many European producers, including BP, Shell and Total, have recently set net-zero agendas to fully decarbonise by 2050, and although the financial viability of their new approaches still faces scrutiny, the likes of Chevron and Exxon in the US have been criticised for moving too slowly in their own responses to climate change.