Along with the dividend cut, BP boss Bernard Looney announced further details about the oil major's strategy to reach net-zero emissions by 2050 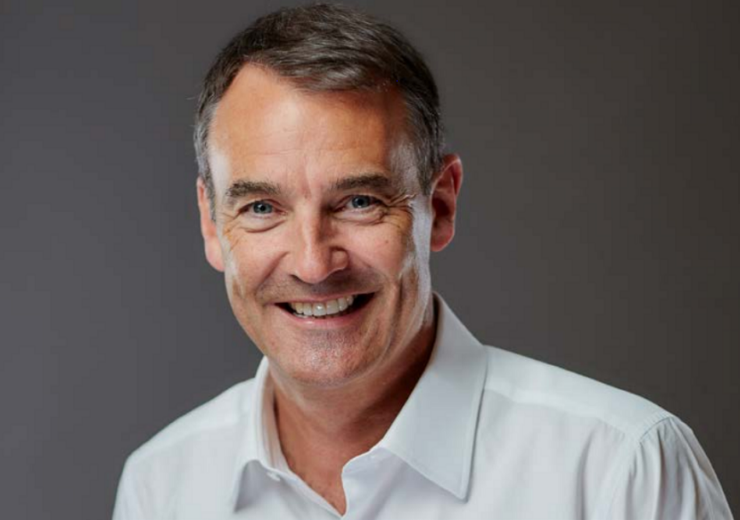 BP chief executive Bernard Looney said the second quarter of 2020 had been one of the toughest in the company's 110-year history (Credit: BP)

BP has halved its dividend to 5.25 cents per share after reporting a $6.7bn loss for a second quarter in which the coronavirus pandemic battered global energy markets.

The loss, measured on an underlying replacement cost basis, was driven by a $6.5bn write-off of upstream exploration assets following a revision to its long-term price assumptions, and compares to a profit of $2.8bn in the same period of 2019.

The UK oil major also revealed more details about its net-zero agenda, and mission to become an “integrated energy company” by 2050, which was first announced in February this year.

By 2030, it aims to increase low-carbon investments ten-fold to $5bn and develop 50 gigawatts (GW) of renewable capacity, while reducing oil and gas production by 40% – roughly one million barrels of oil equivalent (mboe) per day – to around 1.5 mboe per day.

BP chief executive Bernard Looney said: “We’ve seen some tough quarters throughout our 110-year history, and this last one has to be among the toughest.

“In the years ahead, we are going to significantly scale-up our low-carbon energy business and transform our mobility and convenience offers. We will focus, and reduce, our oil, gas and refining portfolio.”

BP is the latest oil major to reveal the financial impact of the collapse in oil prices since the start of the year, as coronavirus lockdowns dealt a huge blow to energy and fuel demand.

Last week, US rivals Chevron, Exxon and ConocoPhillips all reported big losses, while in Europe Shell and Total took combined impairment charges of $25bn as they revised their price outlooks to reflect the low-price environment and continued uncertainty around Covid-19.

BP’s reported loss for the second quarter was $16.8bn, which is its biggest since the Deepwater Horizon oil spill in 2010, and compares to a profit of $1.8bn a year ago.

Under the leadership of Looney, who took the top job in February and set in motion the strategy to become a net-zero energy company by 2050, BP is undergoing a major overhaul and pushing aggressive cost-cutting measures.

It recently announced plans to cut 10,000 jobs across the business, mostly across senior leadership level, as it targets a $2.5bn reduction to annual cash costs by 2021. The cost of restructuring is expected to be around $1.5bn this year.

The cut to its dividend follows a decision to maintain the first-quarter shareholder payout to 10.5 cents per share, and is matched by a commitment to return at least 60% of surplus cash through its share buyback scheme.

Luke Parker, a corporate analyst at Wood Mackenzie, said BP had taken a “prudent course of action” in lowering its dividend.

“If ever there was a moment to reset [the dividend], this was it,” he added. “Several factors have converged to make it possible – coronavirus and everything that comes with it; a strategic pivot to net-zero on the horizon; Shell’s dividend reset; and a new leadership with credit in the bank.”

Back in February, BP’s chief executive announced his ambition for the company to “re-imagine energy” by aligning itself with the climate goals of the Paris Agreement and targeting net-zero emissions by 2050.

Today (4 August), the oil major provided more detail on how it intends to reach this goal, setting out interim targets for the coming decade.

“[This announcement is] the next major staging post,” Looney said in a presentation. “After more than a century defined by two core products, oil and gas, and two main businesses, upstream and downstream, we’re pivoting from being and international oil company to an integrated energy company.

“Over the next decade we plan to significantly scale up our low-carbon electricity and energy businesses, transform our convenience and mobility offer, and focus our oil, gas and refining portfolio.”

The plan includes increasing low-carbon investments to $5bn by 2030 – ten times the level allocated in 2019 – with a target of increasing its renewable capacity from the current level of 2.5GW to 50GW.

With a spending budget of $12bn this year – revised downwards due to the market collapse – BP’s increased allocation to renewable energy still leaves more than half its capital available for investment into fossil fuels.

Oil and gas production will be cut by 40% by 2030, although Looney emphasised the importance of hydrocarbon revenues to financing the transition into two new growth markets – low-carbon electricity and energy, and customer convenience and mobility.

He added that BP will no longer enter into new countries for oil and gas exploration.

The UK oil firm also plans to grow its position in emerging hydrogen markets, increase biofuel production to 100,000 barrels per day, and increase the number of electric vehicle charging points it operates to 70,000, up from the current level of 7,500.

As an interim target on the path to net zero, BP aims to cut absolute emissions from its operations by 30-35% by 2030, as well as achieving an up to 40% reduction in Scope 3 emissions associated with its upstream oil and gas business. It also plans to lower the overall carbon intensity of the products it sells by around 15% by the end of the decade.

Greenpeace campaigner Mel Evans welcomed the update, saying BP has “woken up” to the urgency of cutting carbon emissions this decade.

She added: “Slashing oil and gas production and investing in renewable energy is what Shell and the rest of the oil industry needs to do for the world to stand a chance of meeting our global climate targets.

“BP must go further, and needs to account for, or ditch, its share in Russian oil company Rosneft. But this is a necessary and encouraging start.”

BP has said it remains committed to Rosneft, in which it holds a 19.75% stake, saying it is a “fundamental part” of its broader portfolio and provides a strong position in Russia.

Wood Mackenzie’s Parker added that the strategy announcement provides “the clearest and most detailed roadmap to Big Energy” that any of the world’s oil majors have outlined to date.

“[It is] a big step forward, filling in many of the blanks, including detailed guidance to 2030,” he said. “It leaves stakeholders with a much clearer of idea of where BP is headed over the next decade, how it will get there, and what that means for the value proposition.”