Codelco to resume construction on $1bn desalination plant in Chile 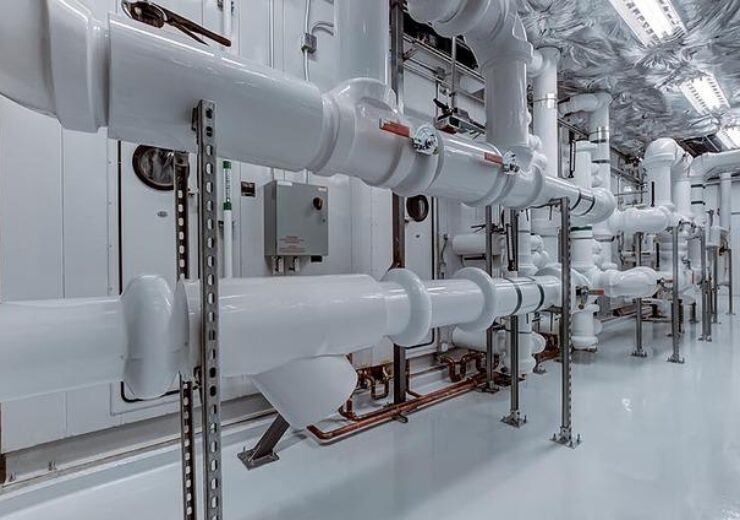 Codelco will build the plant this year. (Credit: Archer Mechanical from Pixabay)

Chile’s state-owned copper mining company Codelco is planning to commence construction on a $1bn desalination plant this year to supply its large-scale operations in northern Chile.

In December 2019, the company terminated a contract it had awarded to a consortium due to certain technical adjustments to the project, which resulted in the delay of the construction.

Codelco is now advancing the plans to reduce the consumption of fresh water, amid a severe drought for more than a decade, and support the environmental objectives.

The company aims to reduce the consumption of freshwater by 60% by reusing water from tailings deposits, and seawater from the desalination plant and improve its operating processes.

The proposed desalination plant will be constructed near the northern town of Tocopilla, with an initial capacity of 840 litres per second, with the potential to expand to 1,956l/s.

The consortium will build and operate the plant, before transferring it to Codelco.

The company, in a statement, said: “The consortium, made up of the companies Marubeni Corporation and Transelec, will be in charge of developing the works for the plant and its impulsion systems, which will come into operation in three more years.”

In a separate development, Japanese mining company Komatsu, through its Chilean unit Komatsu Cummins Chile, has entered into a collaboration with Codelco.

Under the collaboration, Codelco will trial a new tunnel excavation method using Komatsu’s newly developed Mining Tunnel Boring Machine (TBM) at its Chuquicamata Mine in Chile.

The two companies will trial the use of new machinery starting from 2024, to advance the potential rollout of the advanced mining technology.

Last month, workers at Codelco went on a major strike in protest against the shut-down of a smelter, due to non-compliance to environmental standards.