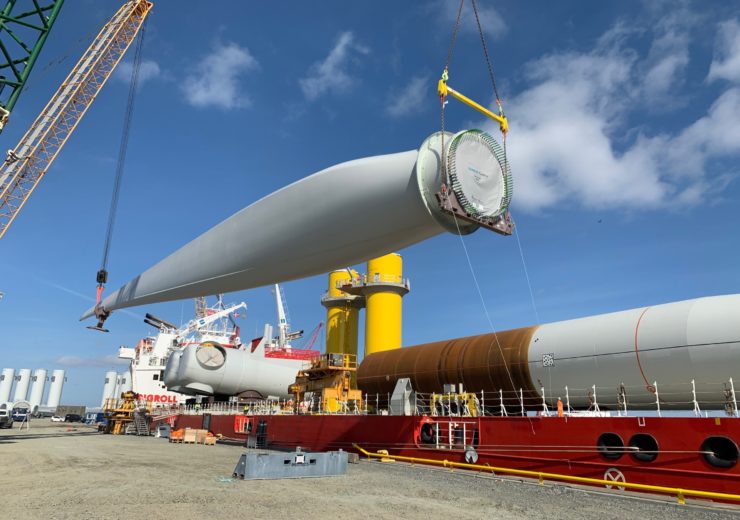 Dominion Energy and Ørsted are set to commence construction on the 12MW Coastal Virginia Offshore Wind (CVOW) pilot project in the US federal waters approximately 43km off the coast of Virginia Beach.

The EEW-fabricated foundations and two units of Siemens Gamesa 6MW turbines for the $300m project have started their journey from Germany and Denmark respectively, and due to arrive at a construction base at Halifax, Nova Scotia in Canada.

Dominion Energy generation construction vice-president Mark Mitchell said: “This is a monumental step toward the installation of the first offshore wind turbines in federal waters, which will deliver clean, renewable energy to our customers.

“The construction of these two turbines will help us reach our goal for net zero emissions and position Virginia as a leader in offshore wind.”

Pilot project to be commissioned by the end of 2020

Dominion said that the installation on the pilot project is planned to commence later this spring, while the turbines are scheduled for commissioning by the end of the year.

The company started the onshore construction on the pilot project in June 2019 to facilitate the turbines interconnection at a company substation near Camp Pendleton, US.

The pilot project will have the capacity to power 3,000 homes, while the commercial-scale offshore wind farm will have enough potential to power 650,000 homes with more than 2.6GW of power generation capacity.

EEW Group CEO Christoph Schorge said: “Even though this project consists of two monopiles and transition pieces, it has profound importance for the development of the U.S. offshore wind market, as this is the first project that successfully has passed all phases of BOEM approval.

“This milestone will pave the way for the large-scale commercial projects to follow. Both Dominion Energy and Ørsted are key developers in the U.S and the collaboration on this project demonstrates the determination toward the rapid development of U.S. offshore wind.”

Planned for commissioning in 2026, the commercial-scale CVOW project will be developed in three phases of 880MW capacity each.