Danish energy giant, Ørsted has been given the contract for the offshore portion of the project 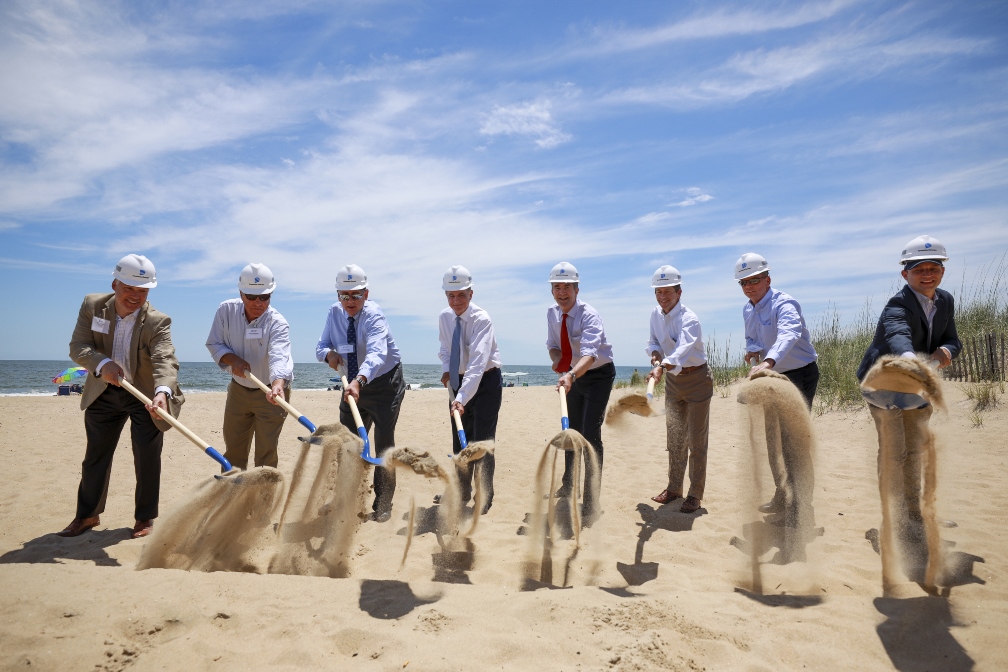 Dominion Energy has started construction of the Coastal Virginia Offshore Wind (CVOW) project, a 12MW offshore wind farm to be located 43km off the coast of Virginia Beach.

The wind farm with its two 6MW turbines, will each generate enough energy to power 3,000 homes. Dominion Energy said that a commercial scale offshore wind farm will have enough potential to power 500,000 homes with more than 2GW of zero-carbon, renewable energy. The company expects $1.1bn in offshore wind investments through 2023.

Dominion Energy chairman, president and CEO Thomas F. Farrell, II said: “These onshore construction activities are another major milestone in our plan to bring offshore wind to the Commonwealth and are a sign of our commitment to bring more renewable energy to our customers.”

Announced two years ago, this is the only fully permitted offshore wind project in the US federal waters. Major state approvals and permits were received last November and now the construction process will follow a strict timetable, to minimise environmental impact to the sea bottom and aquatic life, the company noted.

Danish energy giant, Ørsted, which is also an experienced offshore wind developer, has been given the contract for the offshore portion of the project. L. E. Myers Company will conduct onshore construction work.

Virginia Governor Ralph Northam during the ground breaking event said: “The Virginia offshore wind demonstration project is another powerful example of the Commonwealth’s position as a leader in renewable energy.

“As the first deployment of commercial-scale offshore wind turbines in federal waters, I am thrilled that Virginia’s project will help determine best practices for future offshore wind construction along the East Coast.”

The ground breaking event was to install a half-mile conduit, which will hold the final stretch of cables connecting the turbines.