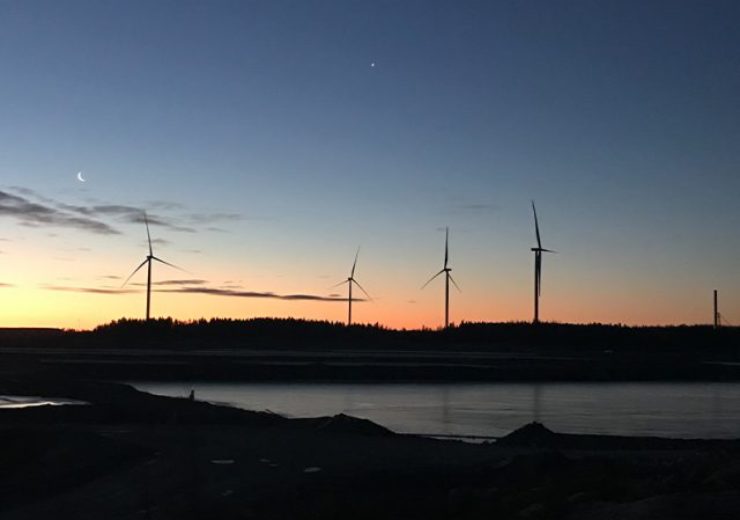 The acquisition of the wind farm represents CEE’s first project based on a long-term PPA. (Credit: CEE Group)

Located 70km north of Linköping near the north of the Vättern Lake, Sweden, the wind farm was constructed and connected to the grid in early 2019.

Zinkgruvan Wind Farm, which has recently entered into a 10-year offtake agreement with a large international utility, produces energy equivalent to supply power to about 40,000 Swedish homes.

The acquisition of the wind farm represents CEE’s first project based on a long-term power purchase offtake agreement (PPA).

“CEE acquired five wind farms in 2019, including Zinkgruvan, with a total enterprise value of approximately €200M.”

Zinkgruvan wind farm comprises 14GE renewable turbines with a capacity of 3.8MW each, a 137 meters rotor and a 110 meters height hub.

CEE investment director Jens Schnoor said: “We have a long lasting, very cooperative relationship with European Energy. This helped both parties a lot to finalize this investment, which was financed on an all-equity basis.”

European Energy CEO Knud Erik Andersen said: “We are very proud of the wind farm and we are delighted to hand over the keys to the long-term owner CEE.

“We are delighted that we have managed to successfully sell our first projects in Sweden and to be able to secure a multi-year agreement with a large offtaker.”

The wind farm is equipped with four Vestas V136 turbines, each with an installed capacity of 3.6MW with 149 meters in hub height while the rotor diameter is 136 meters.