The Maplewood solar plants will generate enough clean energy to power nearly 62,000 US homes with a lifespan of 30 years 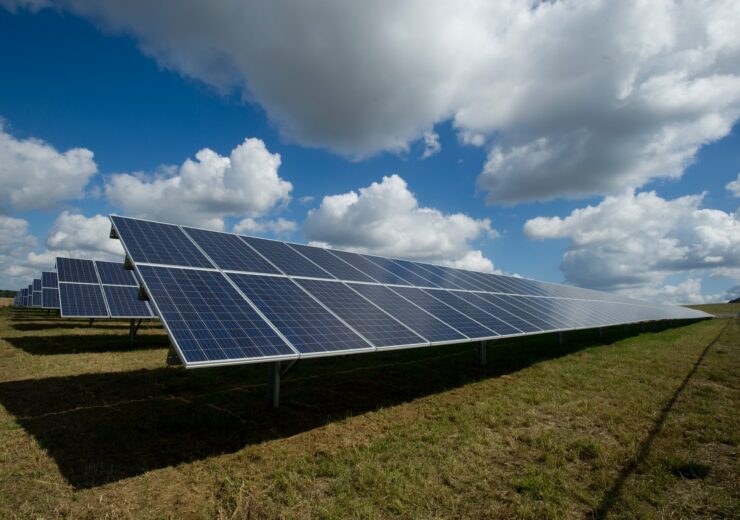 Financing for the solar plants has been provided by bank club led by Norddeutsche Landesbank. (Credit: American Public Power Association/Unsplash)

Recurrent Energy, a subsidiary of Canadian Solar, has secured $282m in debt financing for the construction of two solar plants with 367MW of capacity in the US state of Texas.

To be located in Pecos County in the Permian Basin of West Texas, the Maplewood and Maplewood 2 solar plants are expected to generate enough clean energy to power about 62,000 Texan homes.

Financing for the solar plants has been provided by bank club led by Norddeutsche Landesbank, which included Export Development Canada, Rabobank, National Bank of Canada and Bayerische Landesbank.

Canadian Solar chairman and CEO Shawn Qu said: “We are pleased to partner with Nord/LB, EDC, Rabobank, NBC and Bayern/LB in this important financing.

“We are appreciative of these long-standing relationships with leading financial partners, and value their continued support and trust as we execute on our growing pipeline in the United States.”

For the two solar plants, Recurrent Energy will use Canadian Solar’s bifacial modules which can generate electricity from both sides of the panel thereby increasing total energy generation and improving reliability during winter months.

The Maplewood Solar plant with a capacity of 327MW, will supply clean energy to Anheuser-Busch under a power purchase agreement (PPA), contributing to its 2025 sustainability goals for the US.

The clean energy supplied by Maplewood will cover about 50% of electricity consumption of Anheuser-Busch’s US operations.

The second solar plant includes the 40MW Maplewood 2 solar project, which will supply its power to Energy Transfer Partners, a Dallas-based oil and gas pipeline company, under a 15-year power purchase agreement (PPA).

In April this year, Recurrent Energy secured approval from the Mississippi Public Service Commission for its build-transfer agreement (BTA) with Entergy Mississippi, for a 100MW Sunflower Solar plant in the state.