Powered by renewable energy, the gigafactory is expected to start producing lithium-ion batteries by the end of 2023 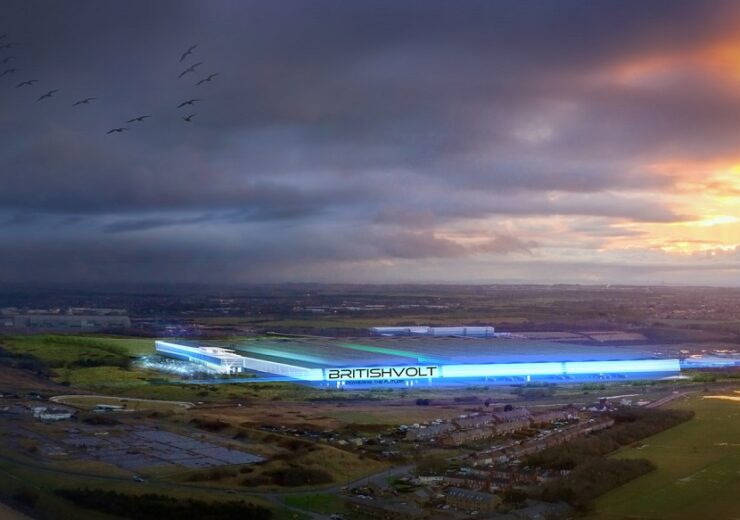 Britishvolt has chosen Blyth, Northumberland as the site to build its first battery gigafactory in the UK, with a total investment of £2.6bn.

The company has secured exclusive rights to the site and expects to begin construction on the battery facility next year.

The battery gigafactory is expected to start producing lithium-ion batteries by the end of 2023.

According to Britishvolt, the project is the largest industrial investment in the North East since Nissan’s arrival in 1984.

Britishvolt CEO, Orral Nadjari said: “We are delighted to have secured this site in Blyth. This is a tremendous moment both for Britishvolt and UK industry. Now we can really start the hard work and begin producing lithium-ion batteries for future electrified vehicles in just three years.

“It is crucial for the UK automotive industry and for the entire economy that we are able to power the future. The sooner we start, the better.”

The facility is expected to employ up to 3000 people, after the completion of the final phase of the project in 2027.

It is expected to have a capacity to produce more than 300,000 lithium-ion batteries for the UK automotive industry.

The construction of a battery gigafactory is also one of the main pillars of the British Prime Minister, Boris Johnson’s, ten-point plan for the UK’s green recovery.

In addition, it is expected to contribute to the country’s target to have a Net Zero economy by 2050.

Powered by renewable energy, the Britishvolt gigafactory will be constructed on a 95ha site, which was formerly the site of the Blyth Power Station.

Nadjari said: “Blyth meets all of our exacting requirements and could be tailor made. It is on the doorstep of major transport links, easily accessible renewable energy and the opportunity for a co-located supply chain, meets our target to make our Gigafactory the world’s cleanest and greenest battery facility.

“We have had an extremely warm welcome from Ian Levy MP and Northumberland County Council and are looking forward to working with them closely on this project.”

In July, Britishvolt has signed a memorandum of understanding (MoU) with the Welsh Government for the development of a battery manufacturing plant with a capacity of 30GWh.