The batteries produced by Northvolt are designed for use in automotive, grid storage, and industrial and portable applications 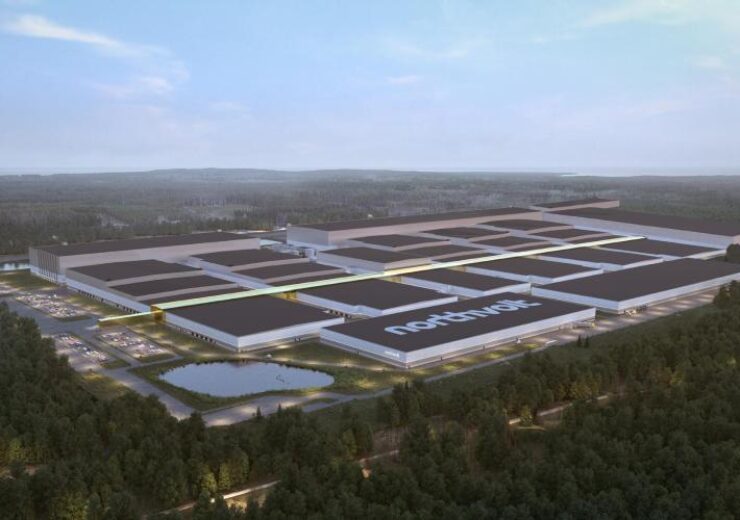 Northvolt has secured a $350m loan from the European Investment Bank (EIB) for its gigafactory for lithium-ion battery cells in Skelleftea, Sweden.

Currently under construction, the new gigafactory will utilise 100% renewable energy within its production processes.

The EIB financing for the project is supported by the European Fund for Strategic Investments (EFSI), which is the main pillar of the Investment Plan for Europe.

EIB Vice-President Andrew McDowell, noted: “Since the creation of the European Battery Alliance in 2018, the EIB has stepped up its support for the battery value chain to order to help build Europe’s strategic autonomy in a technology that is key to its competitiveness and low carbon future.

“I believe that EIB financing support for Northvolt has been a textbook example of how our financial and technical due diligence can help crowd in private investors to visionary projects.”

The establishment of the demonstration line Northvolt Labs was also supported by the EIB in 2018. It produced its first battery cells in late 2019.

In the initial phase, Northvolt Ett will produce 16GWh of battery capacity annually, later scaling up at a later stage to an estimated capacity of 40GWh.

The batteries produced by Northvolt are designed for use in automotive, grid storage, and industrial and portable applications.

Northvolt co-founder and CEO Peter Carlsson said: “The EIB has played a key role in making this project possible from the very beginning. We are tremendously grateful for the support we have received from them and the European Union.

“Europe needs to build its own supply chain for large-scale battery manufacturing and the EIB is a true cornerstone of that process.”

In May, Northvolt and Norsk Hydro partnered to build a battery recycling plant for electric cars in Norway.