Starting from 2025, the German firms plans to supply smart modules to manufacturers of electrolysis plants and industrial service providers 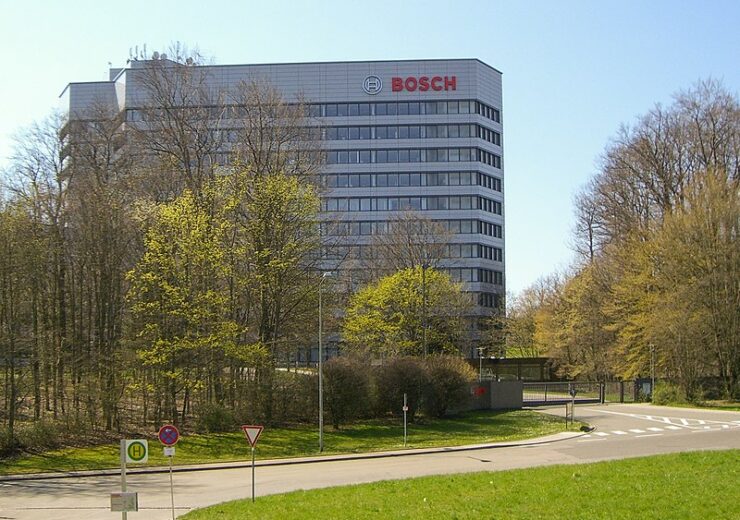 Robert Bosch said that it will invest up to €500m to develop components for electrolysers for hydrogen generation by the end of 2030.

The German engineering company will assign the new task to its mobility solutions business sector.

It also revealed plans to invest nearly €3bn over the next three years in climate-neutral technology, such as electrification and hydrogen.

Bosch board of management chairman Stefan Hartung said: “We cannot afford to delay climate action any longer, so we aim to use Bosch technology to support the rapid expansion of hydrogen production in Europe.”

According to Bosch, the key component of an electrolyser, as is the case with the fuel cell, is a stack, which is made up of several hundred individual cells that are connected in series. In all the cells, electricity is used for splitting water into hydrogen and oxygen.

The company said that it is working together with various partners to develop a method of combining the electrolyser stack with a control unit, multiple sensors, and power electronics to build a “smart module”.

Starting from 2025, the company plans to provide smart modules to manufacturers of electrolysis plants and industrial service providers.

Bosch said that by adopting a simple process, it will incorporate several compact modules, which can be used in smaller units with up to 10MW capacity as well as in GW-rated onshore and offshore plants.

Whether it is new-build projects or in existing facilities, the modules can be used for conversion to the production of green hydrogen, said the company.

Furthermore, for maximising the efficiency of hydrogen production and to increase the service life of the stack, the smart modules will be connected to the company’s cloud.

Bosch plans to begin volume production as soon as possible at various European locations in Germany, the Netherlands, Austria, and Czech Republic.