The Mardie project development is estimated to require a total funding of around A$1.2bn ($890m) 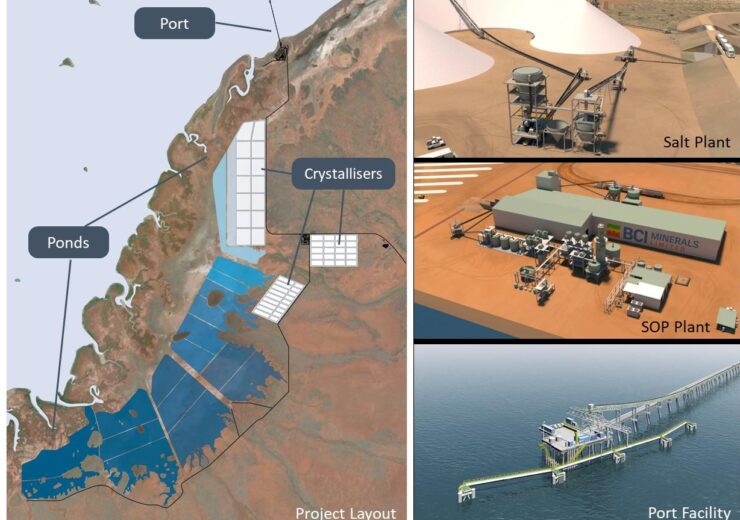 BCI Minerals (BCI) has received A$740m ($548m) in debt financing commitments for the development of Mardie sulfate of potash (SOP) project in Australia.

Also, two commercial banks have agreed to provide a A$140m construction loan with a 7.5-year tenure, along with A$170m for cost overrun and guarantee requirements, said BCI.

In December last year, NAIF initially approved a loan package of A$450M for 15 years, which has been increased by $40m, making it $490m. The increase in financing was based on the project’s optimised feasibility study.

NAIF CEO Chris Wade said: “We are delighted to be able to increase our support to the Mardie Salt & Potash Project which continues NAIF’s record of investing for positive economic impact in northern Australia.”

Located approximately 100km south-west of Karratha, the Mardie project development is estimated to require a total funding of around A$1.2bn. The project will have a capacity to produce 5.35 million tonnes per annum (Mtpa) of salt and 140ktpa of SOP.

The company intends to fund all the construction, contingency, funding, interest, and ramp-up costs from the A$740m financing package, along with around A$460m in equity.

BCI said that total funds will be used to complete the construction of project assets, commence operations and advance production and sales, over a period of around 5 years.

BCI managing director Alwyn Vorster said: “Securing this landmark $740M project finance debt package represents a key milestone for the Mardie Salt & Potash Project and will underpin the pending consideration of the BCI Board to progress Mardie to a final investment decision (FID).

“The participation of government funders such as NAIF and EFA, together with the confidence demonstrated by the lead Commercial Banks in the technical, economic and green credentials of the Project is a strong validation of Mardie’s potential.

In July this year, the company has received the Western Australian Environmental Protection Authority (WA EPA) recommendation for the environmental approval for its Mardie project.