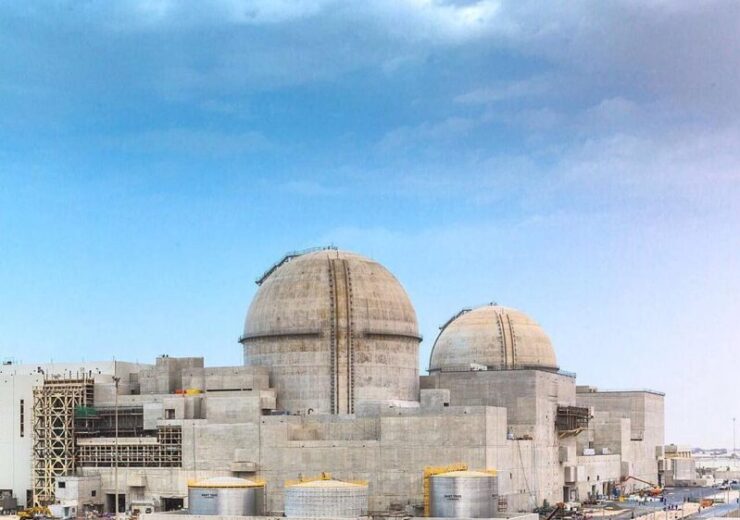 Located in the Al Dhafra region in Abu Dhabi, the Barakah nuclear power plant will have four units, each having a capacity of 1.4GW. Unit 1 of the power plant began commercial operations in April 2021.

After the commissioning of the remaining two units, the nuclear power plant, the first of its kind in the UAE, will offset over 21 million tons of carbon emissions annually.

ENEC CEO Mohamed Ibrahim Al Hammadi said: “We have reached another major milestone in the delivery of the UAE Peaceful Nuclear Energy Program today, as part of our journey to power the UAE with clean, abundant 24/7 electricity. The Barakah Plant supports the sustainable growth and prosperity of the Nation.

“With the start-up of Unit 2, we are now almost halfway to achieving our goal of supplying up to a quarter of our Nation’s electricity needs and enabling sustainable growth and in parallel, achieving UAE climate change targets.”

Construction on Unit 2 was wrapped up in July 2020.

In March 2021, Nawah Energy had been granted operational licence from Federal Authority for Nuclear Regulation (FANR), allowing the company to commission the second unit as well as operate it for an estimated duration of 60 years.

According to ENEC, testing of Unit 2 has been carried out with the continued oversight of FANR following the completion of the pre start-up review (PSUR) by the World Association of Nuclear Operator (WANO).

Unit 2 of the Barakah Nuclear Energy Plant features an APR-1400 nuclear reactor, which was designed by KEPCO.

ENEC said that in the coming months, the unit will be connected to the UAE power grid.

The company added that the nuclear operators will continue with the power ascension testing (PAT) process, which involves a gradual increase of the power levels.

The PAT process will be monitored continuously and tested till maximum production of power is achieved, while complying with all regulatory requirements and safety, quality, and security standards, said ENEC.