The licence enables the company to commission and operate the 1.4GW unit for an estimated 60 years 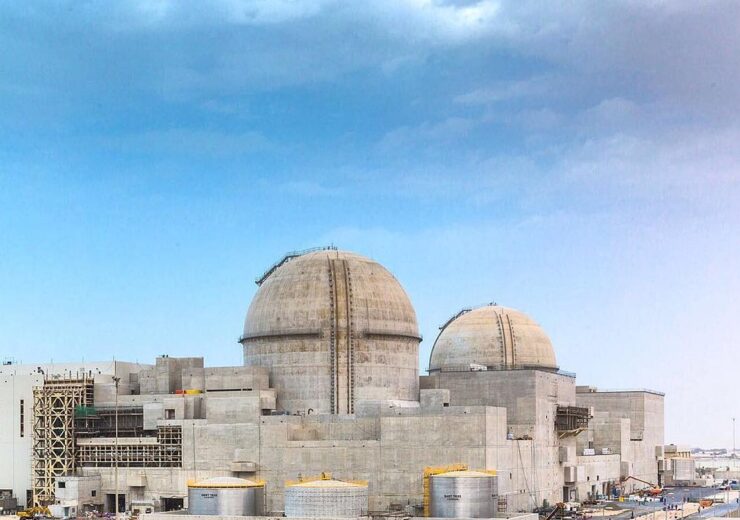 The Barakah nuclear power plant will have four units with a total capacity of 5.6GW. (Credit: Wikiemirati/Wikipedia.org)

Nawah Energy has secured operational licence for the second unit of the 5.6GW Barakah nuclear power plant in Abu Dhabi, UAE from the Federal Authority for Nuclear Regulation (FANR).

The licence enables Nawah Energy to commission and operate Unit 2 of the nuclear power plant for an estimated duration of 60 years. Construction on Unit 2 was completed in July 2020.

Nawah Energy stated: “The Operating License was approved by the FANR Board of Directors on 9 March 2021, following rigorous assessments and independent reviews of Nawah’s operational readiness, including the successful completion of a Pre-start Up Review (PSUR) by the World Association of Nuclear Operators (WANO).”

The company said that since the start of the development of the Barakah nuclear power plant, FANR has carried out 312 independent inspections. The reviews were held alongside over 42 assessments and peer reviews taken up by the International Atomic Energy Agency (IAEA) and WANO, said Nawah Energy.

Unit 2 like the other three units of the project will have a capacity of 1.4GW. It features an APR-1400 nuclear reactor designed by the Korea Electric Power Corporation (KEPCO).

Unit 1 of the Barakah nuclear power plant was commissioned in August 2020. By the end of last year, Unit 1 achieved 100% of its rated reactor power capacity.

In December 2020, Nawah Energy said that it had completed 95% of construction on the nuclear power project. The company is a joint venture between Emirates Nuclear Energy Corporation (ENEC) and KEPCO.

The Barakah nuclear power plant is being built in the Al Dhafrah Region with an investment of $24.4bn. Once fully commissioned, it is expected to meet 25% of the power requirements of the UAE for at least 60 years.