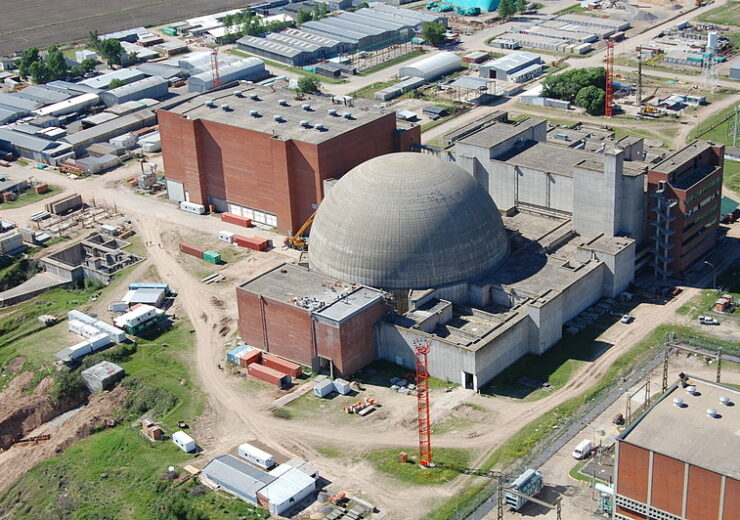 The Atucha III nuclear plant will be built near the Atucha I and Atucha II plants. (Credit: Mcukilo/Wikipedia.org)

Argentina reportedly wants China to finance 100% of the $8.3bn Atucha III nuclear power plant to be built province of Buenos Aires because of a cash shortfall.

The Argentine government is facing high debt levels and plans to reduce its fiscal deficit under a recent deal with the International Monetary Fund (IMF), reported Reuters.

In February 2022, Argentina, through state operator Nucleoeléctrica Argentina, signed an agreement with the China National Nuclear Corporation (CNNC) for the construction of the 1.2GW nuclear power plant in the town of Lima. At that time, the Chinese firm said that 85% of the plant’s cost will be funded by it, while Argentina will cover the rest.

However, the South American country is having a tighter fiscal outlook, wrote the news agency. Argentina requires to achieve a fiscal balance by 2025 from a 3% deficit in 2021 as per the terms of a recent $44bn IMF programme, which includes reducing billions of dollars in energy subsidies.

Nucleoelectrica Argentina executive director Jorge Sidelnik, has been quoted by the publication, as saying: “We’re aiming for 100% in terms of financing from China to guarantee no delays given the problems we have with funding.”

Currently, Nucleoelectrica Argentina operates the 362MW Atucha I and the 745MW Atucha II nuclear power plants. The Atucha III plants will be built near the two existing facilities.

According to Sidelnik, the new facility will need 99 months of construction work.

CNNC will supply a pressurised water reactor (PWR) to Atucha III, which will be equipped with its HPR1000 technology. The PWR unit is claimed by CNNC to produce nearly 10 billion kWh of electricity annually.